From June through November of 2013, Exploration Vessel Nautilus will explore the Gulf of Mexico and the Caribbean Sea. Our rotating Corps of Exploration aboard EV Nautilus will be mapping the geological, biological, archaeological and chemical aspects of these regions to depths of approximately 2000 meters. During the expedition, we will be sharing our discoveries live on the web via telepresence technology.

The 2013 expedition season consists of multiple cruise legs and began off the U.S. coast in the Gulf of Mexico. Subsequent cruise legs are bringing the ship and the Nautilus Corps of Exploration to the Cayman Islands, Puerto Rico, Montserrat, and Grenada in the Caribbean Sea. 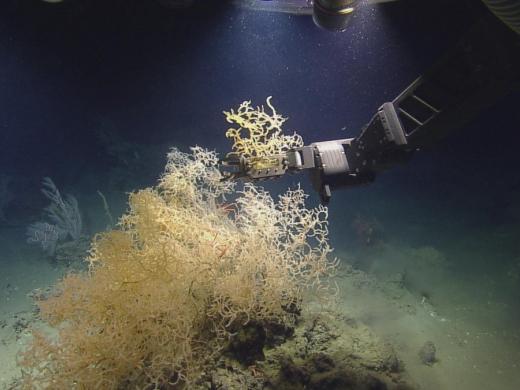 The ECOGIG expedition is part of a larger research program focused on examining the ecosystem-level response to oil and gas in the Gulf of Mexico. This research group, the ECOGIG Consortium, is made up of scientists from a wide variety of disciplines studying current flow, ocean chemistry, microbial activity, deep-sea coral communities, and everything in between. The group is looking primarily at natural oil and gas seepage into the Gulf, but using these natural processes to learn more about what happened after the Deepwater Horizon oil spill of 2010. The focus of this cruise is on the deep-sea corals and their response to the oil spill, but this work will include information from all of the other groups of scientists to fully understand what is happening.

The Corps of Exploration returned to a number of sites where ECOGIG has documented impacts of the oil spill to deep-sea corals and continue monitoring of these sites. The team will take a large number of pictures of the same corals followed since the impacts were first discovered. When compared to the previous pictures, images will show how the corals are changing over time and whether they are recovering or getting worse. The expedition will examine large Lophelia coral reefs where impacts have not been seen and then move deeper to the Paramuricea sea-fan sites that include both impacted and undisturbed sites.

During the cruise, the team will collect corals from some sites and conduct experiments on samples to see responses oil and dispersant exposure. Researchers monitor their health over time and take a series of samples to examine coral’s genetic response. Usually, when an organism is exposed to a toxin, it begins to make proteins that will help them deal with the effects. This research will explore whether the genes that make response proteins get turned on or off in response to oil exposure. Studies like this help researchers learn whether some corals are more resistant to oil exposure providing a tool to use in the future to determine if a coral has been exposed to a toxin in its environment, even after the toxin is long gone.

Another key goal of the ECOGIG cruise is to collect sediment samples to look at the biological communities in the mud near healthy coral communities and near natural oil seeps. Push cores taken by the ROV and brought to the surface will be processed to pick out and identify all animals. Bacteria and other microbes living in the sediments will also be examined.

This expedition is unique as scientists will not only be on E/V Nautilus but also on RV Endeavor. Endeavor, a ship managed by the University of Rhode Island, will collect water samples above study sites and take core samples of mud around the edges of the sites. Samples will characterize the habitats and the natural oil and gas inputs into the ecosystem. Dual ship operations take a lot of coordination but working together, scientists will get a much more complete picture of the system than one ship would have alone. 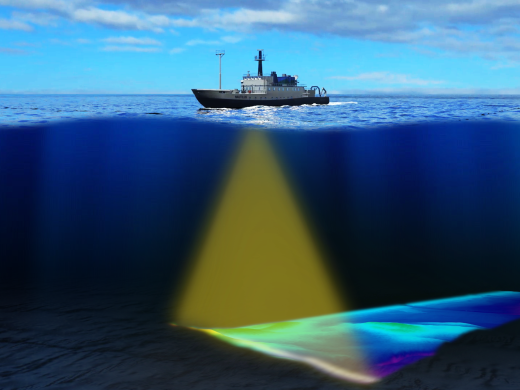 Many of the world’s offshore marine environments experience prolific natural seepage of hydrocarbons to the seafloor. In the waters off North America alone, natural hydrocarbon seepage is estimated to contribute more than 50 million gallons of oil to marine waters in a year. Hydrocarbon gas is also emitted from seafloor seeps. It rises through the water as bubble plumes and is likely to be a significant source of methane to the atmosphere. Despite the large volume of crude oil and gas released from these seeps, the seepage rates are slow enough that local seep environments support large, specialized communities of underwater organisms. Multiple studies have shown that these communities and their associated chemical and geologic processes are very heterogeneous, and can change significantly from one region of hydrocarbon seepage to another.

The Gulf of Mexico contains hundreds of natural seafloor seeps that can be studied very effectively using both automated and remotely operated vehicles (AUVs and ROVs). This cruise will study the seep environment in the western Gulf of Mexico. Shallow sediment cores from this region suggest seepage in the western Gulf may be less prolific than the better-studied portions of the eastern Gulf. The Corps of Exploration seeks to characterize this seep environment and understand the biologic and geologic processes that are associated with it. The results of the study will provide a baseline to compare the variability of natural seep environments within a single geographic region. 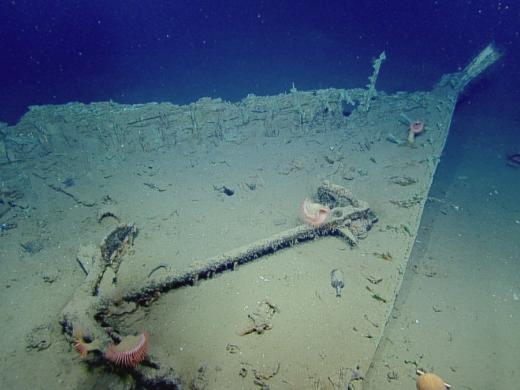 In April 2012, the National Oceanic and Atmospheric Administration (NOAA) ship Okeanos Explorer conducted the first reconnaissance of shipwreck site 15577 as part of an interdisciplinary exploration mission focusing on deepwater hard-bottom habitat, naturally occurring gas seeps, and potential shipwrecks in the Gulf of Mexico. First identified as a side scan sonar target in 2011, Okeanos's brief ROV dive made a truly exciting discovery contributes to our understanding of a turbulent period of American history. The shipwreck appears to be an undisturbed, early 19th century, wooden-hulled, copper-clad sailing vessel containing artillery, firearms, navigation instruments, cooking and food storage items, medicines, and personal artifacts.

The sonar target first came to light when Shell Oil notified the Bureau of Offshore Energy Management (BOEM) and the Bureau of Safety and Environmental Enforcement (BSEE), agencies of the U.S. Department of Interior tasked with overseeing oil and gas exploration and development on the Gulf of Mexico Outer Continental Shelf, that a side scan sonar target resembling a shipwreck had been found in their lease area 90 miles from Flower Garden Banks National Marine Sanctuary some 274 km (170 miles) southeast of Galveston, Texas.

The site lies in 1,330 meters (4,363 feet) of water. The depth and lack of nearby oil and gas industry infrastructure suggested that the vessel might be well preserved. The target imaged in the sonar data collected by Fugro Geosciences revealed a tightly contained site with a sharp hull-formed outline measuring approximately 25 meters (84 feet) long by 7.9 meters (26 feet) wide with indications off one beam of what were thought to be the remains of two masts.

This tantalizing discovery is one of the more significant shipwreck sites discovered in the Gulf of Mexico to date because of its amazing degree of preservation from a critical period in history in which new nations were forming at the end of Colonial-era and the Gulf was opening to global trade. As it has not yet been identified, the wreck is referred to as the “Monterrey Shipwreck” after Shell’s name for their proposed development.

In a partnership between the Meadows Center for Water and the Environment at Texas State University and the Ocean Exploration Trust, a team of top-notch archaeologists and other scientists from NOAA’s Office of Ocean Exploration and Research and Office of National Marine Sanctuaries, BOEM, BSEE, the Texas Historical Commission (THC) will return to the site. They will conduct detailed documentation and recover a small number of artifacts in order to determine the historical and socio-cultural context within which it operated and, hopefully, also identify the shipwreck. Discoveries and findings shared through telepresence will inform people in the Gulf Coast and the international community about early trade, commerce, and maritime activity in the Gulf of Mexico.

The goal of the project is to systematically study the shipwreck through in-depth documentation, including mapping the site using ROV technology. In addition, the expedition plans to recover artifacts for conservation, analysis, exhibition, future study, and public outreach. The documentation and sampled artifacts will be used to address research questions including, but not limited to, the age, function and cultural affiliation of this vessel. To accomplish this incredibly complex operation, archaeologists will work onboard E/V Nautilus 1300 meters (4,300 feet) over the site.

The Monterrey Shipwreck is a mystery. Exactly how old is it? Whose ship was it? How did it sink? What stories can it tell? Can some of those stories link us to specific individuals in the past? Answers come from scientific investigation and, with this shipwreck, the remains of the vessel and the things inside it will hopefully tell their tales. These artifacts – clothing, cooking equipment, weapons, and the ship’s own equipment not only provide clues to the identity of the shipwreck, but also tell stories of the crew, the activity that was occurring during that time period, and can allow for further examination of the “big picture” of maritime activity in the Gulf of Mexico by examining this well-preserved “time capsule” of a shipwreck. 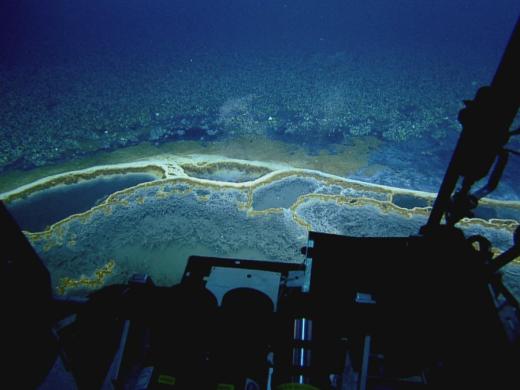 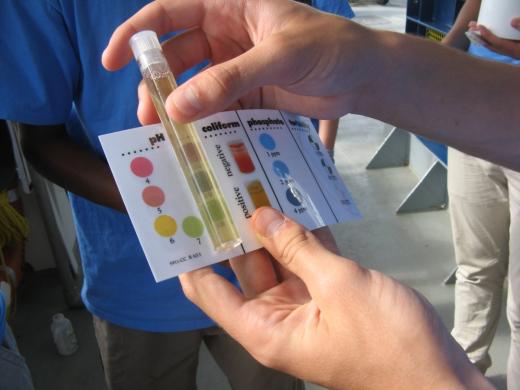 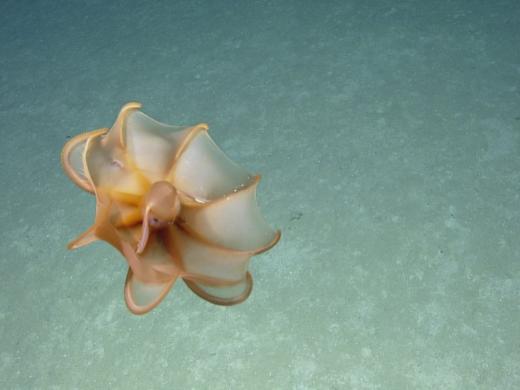 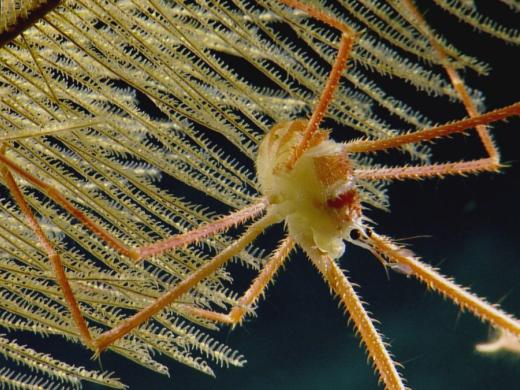 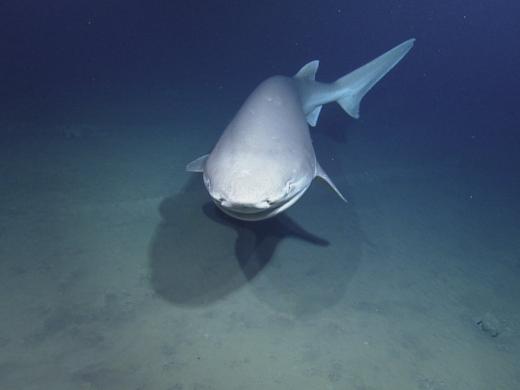 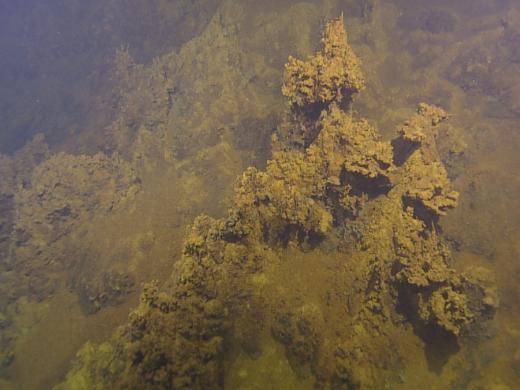