An Expedition for the Future

This blog was written by Jennie Berglund, From Shore to the Abyss Sharks Project Team Member.

Everyone has their National Geographic Moment. I remember leafing through the magazine in my childhood home in Tennessee, seeing the colors of the world through the photographer’s lens, thinking how vibrant life outside my landlocked state must be. It made the world seem bigger than I could fathom. I began to dream of the places I would go, the people and creatures I would meet one day, the adventures I would have. It inspired me to imagine who I might become.

And then there I was, standing on the deck of E/V Nautilus, part of a National Geographic project team studying sharks. Never in my wildest dreams did I think I might be one of those explorers I longed to become, on a ship full of explorers, alongside (and on the ship of) one of the world’s greatest–the guy who not only discovered the rusticle-laden Titanic nearly three miles beneath the cold North Atlantic, but showed us, for the first time, that life can exist in the deepest parts of the ocean, far beyond the sun’s reach.

For nearly a month I lived on the ship, working with an inspirational group of researchers, educators and storytellers to shed light on the health of Hawai’i’s shark populations. Led by Principal Investigator, Ariana Agustines, a marine biologist from the Philippines, our team deployed 74 BRUVs (Baited Remote Underwater Video systems) across 21 sites around Maui and Hawai’i to attract and record videos of sharks and whatever else came along.

Using an artificial intelligence (AI) engine developed by Dr. Sara Khalid, an Explorer and computer scientist from the University of Oxford in the UK, we identified the sharks we caught on camera using machine learning. But whatever we missed there, we can detect another way. We gathered water samples from each BRUV site to collect environmental DNA, or eDNA, the genetic materials of animals present in the water up to a day and a half prior. Once sequenced, that will help us figure out what may have been present at our sample sites where or when we weren’t looking.

Altogether, our team will resolve a clearer image of sharks and their Hawaiian ecosystems. And then, by comparing our observations with previous studies in the area, we hope to help paint a more comprehensive picture of the health of local shark populations, assisting policymakers in making more informed decisions about protecting Hawai’i’s magnificent megafauna.

But research is only one aspect of our work. educator Kelly Koller developed a suite of tools for both educators and students around the world to learn from our work and follow along on the expedition. With the help of team member and local educator Daniel Kinzer, we will share these tools and our scientific data with Hawaiian students, allowing them to ask their own questions about the sharks that live in their own backyards. We can’t wait to find out what they are interested in learning!

Today, as I sit back in the comfort of my home, I can’t help but reflect on the experience we all had together and what it means to have been an explorer on this great journey. It occurred to me, while floating alongside Brian Skerry, the renowned National Geographic photographer who, in one image, captured the plight of our oceans in the soulful gaze of a once critically endangered southern right whale, that exploration is never truly done alone. As we hovered over thousands of feet of dark water to observe a nightly ballet of alien lifeforms emerging from the depths, I realized that the best explorations happen in the company of others, standing on the shoulders of those who came before us, lifted up by those who might be farther along in their own journeys.

I also had the opportunity to learn from Dr. Elizabeth Lindsey, National Geographic’s first Polynesian Explorer and female Fellow, who as a girl under a full Hawaiian moon, watched her elders chant fish to land and learned to speak with her ancestors through time and space using the language of winds, stars, and stone. The wisdom she shared cut to my core and inspired me to understand that we are enriched by daring to experience the world through different lenses–that it is our collection of perspectives and experiences that continually shape us as both explorers and inhabitants of the only planet we will ever call home.

My job as a storyteller is to tell the story of the sum total of my team’s work, and of our explorations together. And it is a journey that has only just begun. The tale I ultimately hope to tell is one about an expedition of and for the future–one in which we learn from the past, embrace the best elements of the present, and begin to model the expeditions we hope to have moving forward. I hope to play my part in showing that science and exploration are not done merely peering through little glass jars or small yellow windows, they are things that can and must withstand the pressure of becoming something far bigger, evolving with our changing planet in ways that value the genius in all the world’s voices. My greatest responsibility as an explorer is one I share with all explorers…to inspire those to come. May all of us strive to do that better. 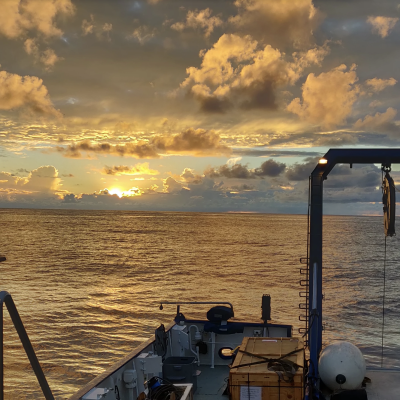 From Shore to the Abyss: Exploration of Marine Mammal Communication and Shark Communities in the Main Hawaiian Islands

In our first leg of the brand-new expedition series From Shore to the Abyss, we are teaming up with (and receiving funding from) the National Geographic Society to study shallow waters near Maui and Hawaiʻi island. Project teams on this leg will combine cutting-edge technologies with indigenous Hawaiian knowledge to increase knowledge and understanding of marine life. The work will focus on sharks and marine mammals—apex predators who are culturally significant to the Hawaiian people. 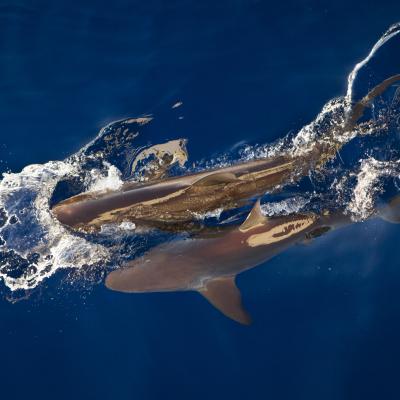 From Shore To the Abyss: Exploration of Shark Communities and Microplastic Pollution in the Main Hawaiian Islands

In our second leg of the From Shore to the Abyss program, OET and National Geographic Society are exploring the waters of Maui and Hawaiʻi island while studying sharks and microplastic pollution investigating the intersection of humans and the ocean environment to inform policy and management of this ecosystem. 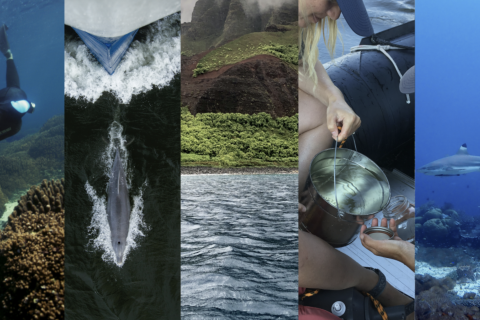 Connecting the Abyss with the Shallows: Conserving a Global Ocean 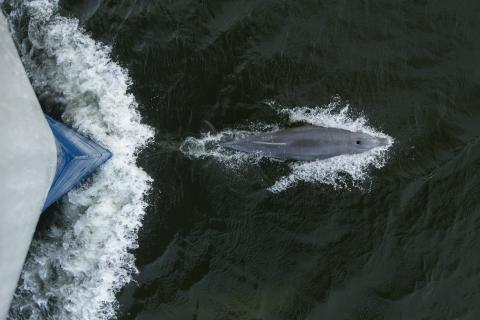 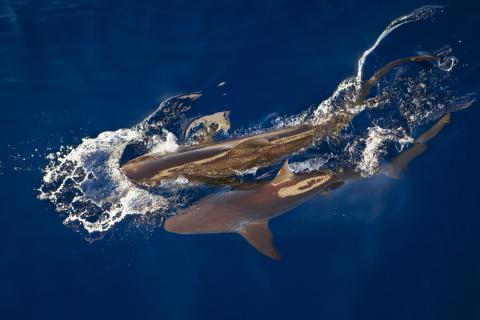 Using Technology to Save Hawaiʻi's Sharks