Wiring the Abyss: Supporting the #ONCabyss Expedition Off British Columbia

Over the course of 12 days, the Nautilus team will provide maintenance and support to the University of Victoria’s Ocean Networks Canada’s (ONC) NEPTUNE observatory, an 800-kilometer (500-mile) loop of fiber optic cable located off the west coast of Canada. This subsea infrastructure connects underwater instruments at various deep sea sites, including hydrothermal vent chimneys, that enables scientists to study seafloor phenomena through continuous long-term observations.

ONC monitors the west and east coast of Canada and the Arctic to continuously gather data in real-time for scientific research that helps communities, governments and industry make informed decisions about our future. Five nodes, or key research sites, are located along the NEPTUNE system, spanning from the outer coast of Vancouver Island to a mid-ocean ridge. Each of the five nodes are instrumented with a diverse suite of sensors. This intricate system provides for an in-depth look at the interactions between the geological, chemical, physical, and biological processes that drive our ocean’s dynamic systems.

The 2020 #ONCabyss expedition marks the fifth year of partnership between ONC and the Ocean Exploration Trust and will include work at a number of NEPTUNE observatory sites including Barkley Canyon, Clayoquot Slope, Cascadia Basin, and the Endeavour hydrothermal vents. In addition to deploying, recovering, and providing maintenance for various observatory sensors and instruments, Nautilus will also conduct seafloor mapping surveys, ROV surveys, and sampling.

Diving Through the Billowing Chimneys of Endeavour Vent Field

Nautilus will once again return to one of the most hostile environments on our planet, the Endeavour Vent Field. Chimneys rising from the seafloor draw water down below the surface that is heated by magma to temperatures over 400°C (750°F) and expelled through tall, thin hydrothermal vents in a dramatic display of our planet’s everchanging systems. Located in this seemingly uninhabitable seascape are at least a dozen species that are found nowhere else in the world.

Classified as a Marine Protected Area in 2003, the Main Endeavour Vent Field is the first protected marine area in Canada, and the first hydrothermal vent ecosystem protected in the world. Our team will not only update various instruments in the ONC system, but will also conduct biological and geological surveys, including collecting hydrothermal vent samples as well as chemical and microbiological samples. Our team will also deploy a new cable in this region, conducting dual-ship operations alongside the vessel Cable Innovator.

The Hydrologic Exchange of Cascadia Basin

Cascadia Basin is a heavily sedimented and highly pressurized environment that is completely devoid of light and experiences intense temperature drops. A few isolated outcropping seamounts pierce through more than 200 meters (600 feet) of otherwise impermeable sediments and serve as conduits of hydrologic exchange between the open ocean and the upper oceanic crust. This exchange forms the largest aquifer, or underground layer of water-permeable rock, on our planet!

In addition to deploying two new cables for the NEPTUNE observatory systems in this region in collaboration with the vessel Cable Innovator, our scientists will conduct surveys, deploy new instruments, collect water samples, and record audio from the deep ocean.

Barkley Canyon is home to a complex mix of oceanic systems located along the leading edge of the Cascadia subduction zone that work together to create a seascape unlike any other on Earth. Its sediment covered walls span from depths of 400 meters (1300 feet) down to nearly 1000 meters (3300 feet). Within these canyon walls swirls the California current system, which plays a key role in the regulation of upwelling and downwelling along the North American West Coast. Steep canyon walls and forceful currents provide a conduit for sediment transfer from the continental slope to the deep-sea where sediments pile up along the slope.

Despite its complete lack of light and highly pressurized environment, Barkley Canyon is home to fascinating organisms that have evolved unique adaptations for extreme conditions, including sablefish and skates, molluscs, echinoderms, and arthropods. The sediment covered canyon is a unique location where pressure, temperature, gas saturation, and biological and chemical conditions also provide an ideal environment for methane gas hydrates. Colonies of microbial organisms, also known as chemosynthetic mats, thrive on these systems methane hydrates and call this otherworldly region home.

Barkley Canyon has the widest array of instruments spread over the highest number of instrument platforms on one node. We will deploy autonomous mooring, swap out instruments, and collect water samples in order to generate data that will be used by researchers around the world.

Recording the Sounds of Clayoquot Slope

Clayoquot Slope (pronounced “Clah-quot”) lies more than 1200 meters (4000 feet) below the surface near the toe of the Cascadia Subduction zone, an area where the Juan de Fuca plate is subducting beneath the North American plate. As these tectonic plates converge, a thick layer of sediments is deposited on the eastern flake of the Juan de Fuca Ridge. Their accumulation over time eventually expels pore waters and gases, primarily biogenic methane, that contribute to the formation of gas hydrates. This regular gas venting creates a rich environment home to a number of deep sea organisms.

While exploring the tumultuous region of Clayoquot Slope, scientists aboard Nautilus will deploy a number of instruments, including a hydrophone to record the sounds of the deep ocean. Our team will also conduct biological and geological surveys and samples for routine characterization of this diverse habitat.

The NEPTUNE observatories provide unique scientific and technical capabilities that permit researchers to operate instruments remotely and receive data at their home laboratories anywhere on the globe in real time. These observatories collect data on physical, chemical, biological, and geological aspects of the ocean over long time periods, supporting research on complex Earth processes in ways not previously possible.

The video, data, and samples that result from all E/V Nautilus expeditions are also available to any interested researcher through our Data Management portal. 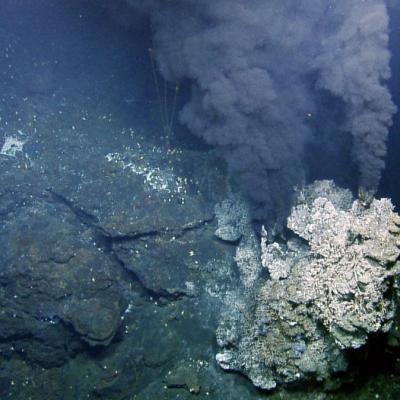 The Nautilus team will provide maintenance and support to University of Victoria's Ocean Networks Canada’s NEPTUNE observatory located off the west coast of Canada. 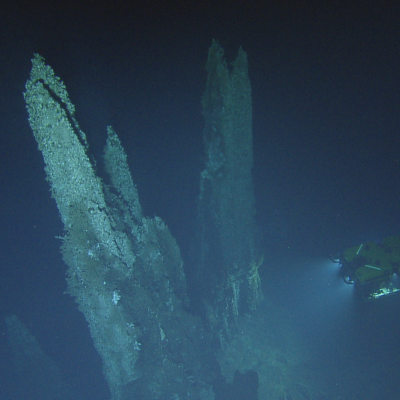 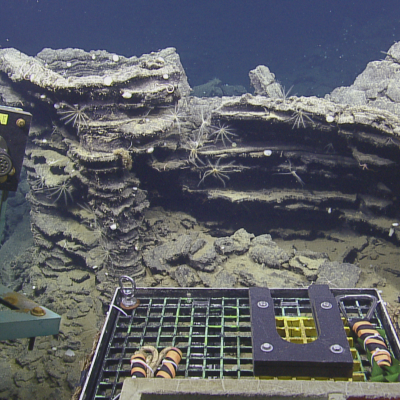 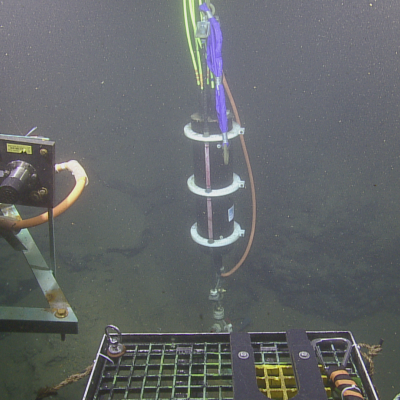 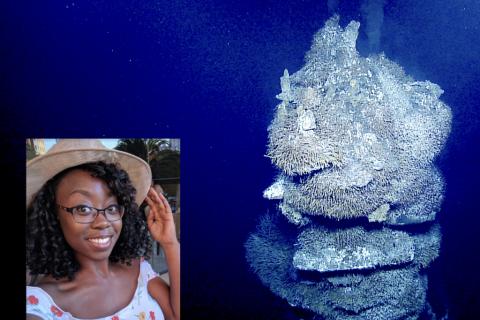 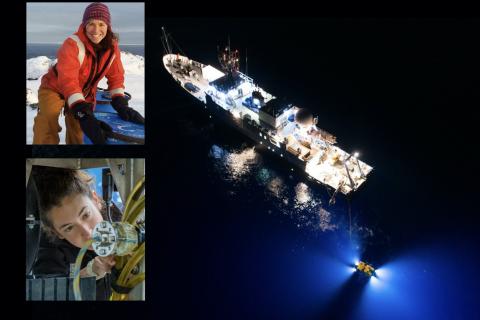