The Greater Farallones and Cordell Bank National Marine Sanctuaries are home to the California Current, a broad and shallow “river” of ocean water that meanders southward along the Pacific coast bringing with it cold, nutrient-rich waters from the North Pacific. It is here that a unique seafloor habitat including the continental shelf and slope, a rocky bank, and submarine canyons creates the most intense upwelling site in North America. Together, a perfect combination of oceanic conditions and undersea topography set the stage for an abundant diversity of marine life that is equaled by few other places on Earth.

Between October 4 and 11, 2019 we will be conducting exploratory and quantitative research methods as we search for never-before-seen biological communities and transect along the seafloor to capture consistent imagery for habitat-wide analyses.

Minor canyons and continental slope and shelf regions surround Cordell Bank, an undersea granitic rocky reef measuring 5.6 by 15.2 kilometers (3.5 by 9.5 miles) in size. E/V Nautilus first surveyed the deep habitat in 2017 using ROV sampling techniques and discovered a variety of rich biodiversity regions within the sanctuary, including a number of cephalopods and new sponge species, and even a trawldoor found at a depth of 945 meters (3,100 feet). Though our dives in the region contributed to species range extensions and new species identification, we were only able to cover a small fraction of the deep-water habitat.

This time around, we will survey unexplored deep-water coral reef environments like Bodega Canyon, a large seafloor feature more than 3 kilometers (12 miles) long and over 2,000 meters (6,500 feet) deep. Our main objective in CBNMS is to visually survey unexplored deep-water habitat target areas and substrate that are likely to harbor diverse biological communities so that we may characterize species and their communities. Information from benthic characterizations using Hercules and Argus, along with bathymetric and backscatter maps, will provide information that will help inform resource protection issues.

Just south of Cordell Bank lies the vast and poorly understood Greater Farallones National Marine Sanctuary (GFNMS). The sanctuary was doubled in size in 2015 to more than 8,200 square kilometers (3,200 square miles). Today, it contains over 400 shipwrecks including the World War II-era naval ship and former aircraft carrier USS Independence, the 1938 cargo ship SS Dorothy, and a steamboat that sank in 1920 named Ituna. Above water, a collection of rocky islands provides the breeding and feeding grounds for dozens of endangered or threatened marine mammals, fishes, and birds.

In 2016, E/V Nautilus mapped more than one-fifth of the Point Arena South (PAS) Essential Fish Habitat yet little else is known about the biota of this region other than what has been found through the bycatch of corals and sponges. This month, we will explore and characterize PAS by conducting research of deep-sea corals and sponge habitats that will serve as sentinel sites for ocean acidification monitoring.

This project will also visit unexplored deep-sea coral reefs – some of which lie in the deepest regions of the sanctuary – that may be subject to new bottom trawling regulations proposed by the Pacific Fishery Management Council next year.

Additionally, our team will collect deep-sea coral and sponge specimens, participate in timed transects in management zones, and use the information to provide a baseline understanding of associations between fishes, deep-sea corals, sponges and how they live together in this unique rocky region. 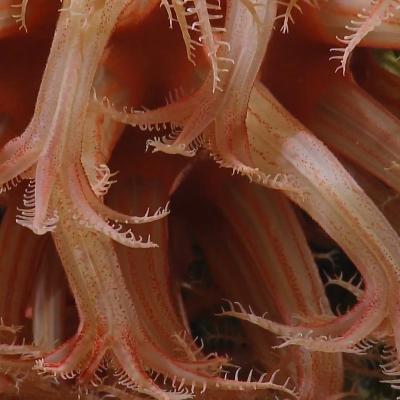 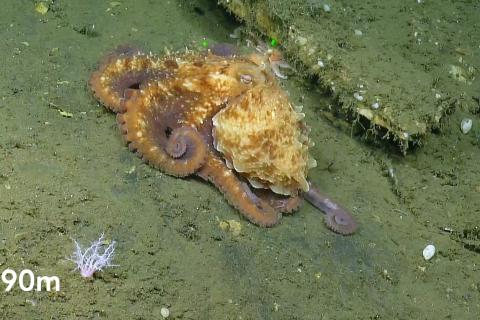