NOAA expanded the boundaries of CBNMS in June 2015 and it now contains 1,286 square miles of offshore habitat including: continental shelf, a rocky bank (Cordell Bank), and a large canyon (Bodega Canyon), as well as smaller canyons along the continental slope. Most of the newly added areas, particularly the deeper areas most likely to contain hard substrate and complex bathymetry, have not been explored at all. The critical first step in the effort to protect and manage this area is to understand what habitats and species are within the new boundaries of the sanctuary. This baseline information will inform marine resource management and policy decisions. It will also be used to inform activities in our benthic science program, and to stimulate new research and collaborations. The main objectives are to: 1) collect fine-scale multibeam data of dive sites to inform surveys, 2) use a remotely-operated vehicle (ROV) to complete initial surveys of Bodega Canyon, adjacent canyons, and the continental slope to characterize habitats and document distribution and abundance of deep water corals, sponges, and fishes, 3) collect biological specimens to accurately describe and study the species observed, and 4) collect environmental data to aid in our understanding of the physical conditions of deep water habitat.

From Continental Shelf to Canyon

CBNMS lies within the California Current and the combination of ocean conditions and undersea topography creates a rich and diverse marine community in the sanctuary, attracting unique groups of migratory seabirds on the surface. The seafloor habitat includes continental shelf, a rocky bank, continental slope, and canyons. Although some areas in CBNMS have been surveyed previously, the deep habitat in Bodega Canyon and on the continental slope have never been explored. Globally, submarine canyons and shelf-break regions are known as areas of high coral abundance and diversity due to their rocky habitats and higher slope environments as well as localized upwelling and hydrographic properties associated with these bathymetric features. Some areas at the head of the canyon have been sampled up to about 500 meters using an autonomous underwater vehicle (AUV) and remotely-operated vehicle (ROV). These surveys found some coral, sponge, and fish species, but these upper reaches of the canyon had areas of high sedimentation. The deeper areas of the canyon most likely to contain hard substrate and complex bathymetry have not been surveyed, and adjacent canyons have not been explored at all.

Between a Rock and a Hard Place: Coral Habitat

Available multibeam data of CBNMS collected by Okeanos Explorer in 2009 indicates that hard substrate may be present on the deep slope habitat. Other evidence from nearby habitat suggests that the deep slope could contain habitat and species of interest. For example, submersible surveys conducted in the early 1990’s off the continental slope west of the Farallon Islands revealed deep sea corals at approximately 3,000 meters- including primnoids, bamboo corals (Keratoisis sp.), and black corals (Bathypathes sp.). Surveys in 2016 by OET and ONMS on Nautilus in adjacent Greater Farallones National Marine Sanctuary found corals and sponges at depths below 700 meters. In addition to Bodega Canyon, canyons to the north and south of it incise the slope but do not extend into the continental shelf. These have complexity and relief comparable to Bodega canyon but are completely unknown. Surveys are needed to characterize this habitat so that CBNMS can best manage and protect this area, and understand how it contributes to the ecosystem, biodiversity, and maritime history of the region.

New surveys of these areas could significantly expand our knowledge of deep water canyon habitats off the west coast. Surveys here could potentially reveal habitats and communities different from elsewhere in the sanctuary, and possibly even species new to science. We also hope to further understand the environmental conditions in deep water habitat and how these communities may be affected by changes in carbonate saturation and dissolved oxygen. These are intriguing areas for exploration and this mission will provide the public with the opportunity to view never-before-seen images of the ocean floor.

The primary science objective is to characterize deep benthic habitat in CBNMS. This overarching objective is supported by the following specific objectives: 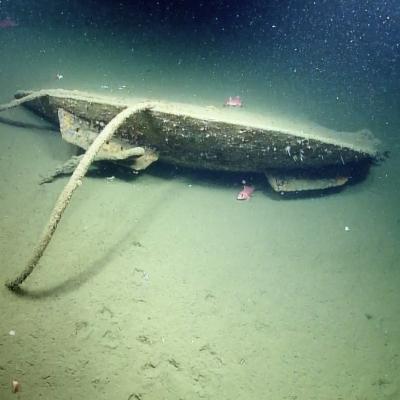 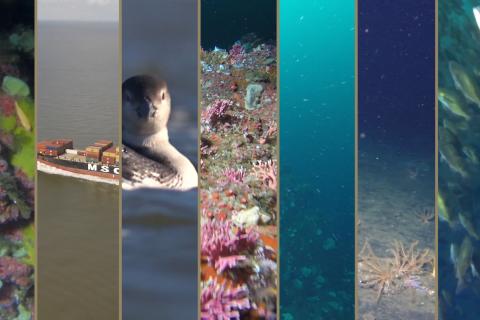 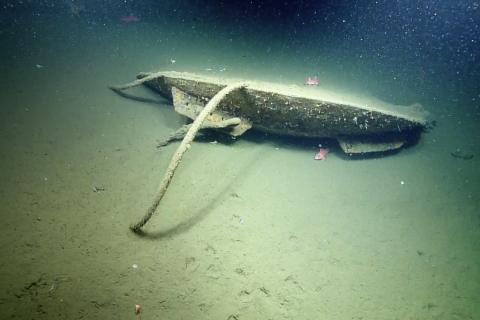 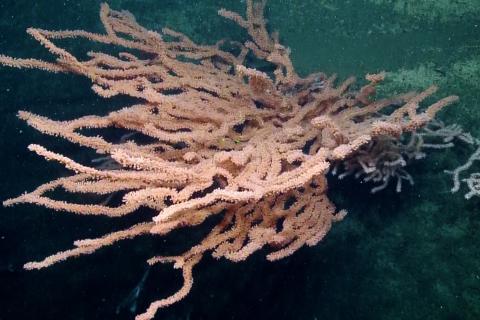