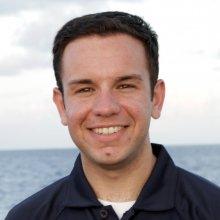 I am a biologist that studies deep-water coral ecology and biogeography on seamounts. My research aims to better understand and identify what coral species occur in a particular area, why they occur in that place, and what environmental variables can be most effectively used to predict where they might occur elsewhere. I use a variety of tools and datasets to identify deep-water corals and their habitats. Deep-sea video cameras and survey methods using ROV video cameras as well as all the environmental sensors we have on those vehicles are my largest source of data. I am also interested in collecting coral specimens from remote areas so we can understand their diversity using morphological and genetic methods.

The ecological patterns and biogeography of the deep sea have always been a big world with a lot of potential questions to ask. Until recently, difficulty in accessing the environment to see and sample it was part of science fiction but now with the ability to explore the deep ocean from the shore, its almost becoming routine. Nevertheless, our knowledge of biological processes across space and time across deep-sea ecosystems is much less than what we know about similar environments in shallow waters. It wasn't until I started looking at deep-sea coral specimens from recently collected expeditions that I realized many species remain difficult to identify using conventional methods. This has driven me to explore new methodologies, like genetics and genomics, for identifying deep-water corals and trying to explain how diverse these ecosystems really are.

My undergraduate instructors and professors were the greatest influence on my academic research interests. When I took my first invertebrate biology course in my 3rd year of college, our lack of understanding of extreme environments, like the deep sea, and biological diversity really opened up.

I think of myself as a little bit of a natural historian as well as a modern-day deep-sea explorer. When I look at communities in the deep I see a rich and largely unknown evolutionary history of life on Earth of which we are just starting to scratch the surface.

I have had several positions, academic and non-academic, that have provided me with the skills I need to be successful as a scientist. In college, I was a tutor for several semesters in mathematics and sciences. After graduating I was an intern and then an instructor at a tropical marine lab studying the ecology of shallow-water coral reefs and fish communities. I've gained most of my sea-going experience from my experience on Nautilus as well as participating as a scientist-ashore on other telepresence platforms.

Bachelor of Science in Marine Science - University of Connecticut 2011;

Masters of Science in Marine Biology - University of Maine 2014;

My family and I travel often for pleasure and when doing so I love to visit natural history museums and aquaria wherever I go.

In 2013, I first applied for an Ocean Science Internship to be on Nautilus. In subsequent years I was invited back to participate as a science manager and supporting scientist. The 2019 season was my first in the role of Lead Scientist on the ship.

"Working on Nautilus has been a major opportunity to directly participate in the collection of physical and biological data from the deep ocean. I’m excited to take the next step with Nautilus in exploring the eastern Pacific Ocean and beyond."