Nautilus is unique in that many scientists who come aboard sail as representatives of their field of specialty to help make discoveries that will be shared broadly with the community, rather than working on their own specific research. Because Nautilus data and samples are shared in national repositories and libraries, observations from one expedition can help advance the work of many research groups rather than information being limited to one university or lab group at a time.

Scientists serve a number of different roles on Nautilus. While on watch they direct remotely operated vehicle (ROV) dive operations while simultaneously logging focused observations to accompany the incoming video and data feeds. Scientists watch for unique organisms, animal behavior, or seafloor features, and identify sightings or note when the seafloor changes in a special way. Scientists work as part of the control van team to complete exploration tasks, and one Lead Scientist or Expedition Leader person per watch is designated as the Watch Lead to keep tasks moving on time and make key decisions about the dive.

Scientists keep notes of all observations alongside the Data Logger to correctly identify species or behavior, describe rock formations, or record new phenomena. The video and audio recordings of ROV dives are used by scientists for years after the expedition, so keeping detailed records of discoveries and samples is crucial. When they are not on watch, scientists can often be found in Nautilus's data lab or wet lab processing data and samples. Each dive has a full report written by scientists and Data Loggers while the observations are fresh in everyone’s minds so all details can be reviewed weeks, months, or years down the line for future studies.

The Scientist role on Nautilus also includes guest engineers and instrument specialists who have developed new tools to assist scientists in gathering information about the deep sea. The ship is a test platform for many new tools and technologies because our team often sends ROVs into deep ocean environments which are otherwise hard to reach. Nautilus has tested many technologies including new manipulator jaws and grippers, complex camera systems, detailed seafloor mosaic mapping cameras, and samplers for specialized chemicals. Designing new tools is an exercise mixing together creativity and problem-solving. Tools must meet the technical challenges of working on an ROV: size/weight limitations, electrical limitations, waterproofing, pressure resistance, and temperature tolerance. Scientists work closely with the ROV pilots in the months or years before bringing a new instrument to sea to make sure it's ready for launch.

Scientists on Nautilus also collaborate with our network of Scientists Ashore, other research specialists who participate in the expedition via telepresence from around the world. Scientists Ashore watch the live video feeds just like viewers of the Nautilus Live website to make observations about the seafloor and may guide sample collection. They can help answer questions that the team in the control van can’t answer and offer the perspective of hundreds of researchers to complement the limited number of scientists onboard. In the control van, scientists talk over the live broadcast while also chatting online with scientists ashore.

“This open access format is really good for science. … The more people you can include the better. With the real-time video streaming live from the seafloor, the interactive chat, all of that makes possible to bring in many researchers.”

“I think it's very easy for us as scientists to be stuck in our own bubble, to think that science is all about the research in the lab, about publishing the papers, but really the scientific enterprise is beyond that. It also includes working with educators and engaging the public about your work.”

Scientists who come onto Nautilus work for many different universities, government agencies, or organizations. Sometimes they are senior-level experts in their specific field as professors or research program directors, but more often scientists are young career researchers or students gaining practical experience in conducting research at sea.

Within the Corps of Exploration, scientists have degrees and certifications in many different science and technology fields including biology, chemistry, geology, geophysics, ecology, genetics, oceanography, physics, archaeology, or design engineering. Students interested in science can participate in the Nautilus Exploration Program through the Science & Engineering Internship Program to gain hands-on experience in ocean exploration and research. 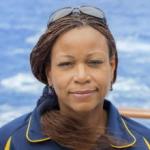 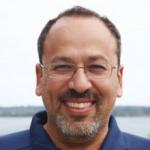 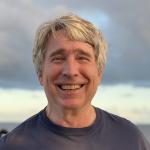 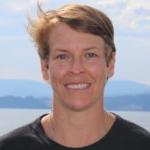 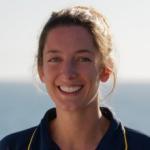 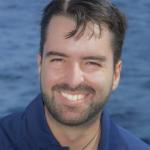 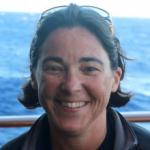 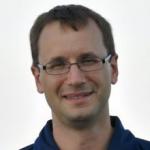