Deepening our Understanding of Hawai'iʻs Volcanic History on Expedition Luʻuaeahikiikekualonokai

Aside from sparse bathymetric and geophysical surveys, the underwater mountain chain surrounding Chautauqua Seamount is essentially unexplored by ROVs or high-resolution seafloor mapping — until now. Located south of the Hawaiian Islands, this chain is a series of seven unnamed seamounts near Chautauqua Seamount measuring between 15 and 25 kilometers across (longer than Lake Erie!) and rising more than 2 kilometers from the 4-kilometer deep abyssal seafloor.

During the Luʻuaeahikiikekualonokai expedition, E/V Nautilus will generate high-quality bathymetric maps of these underwater mountains to identify dive targets, as well as conduct ROV dives and collect geological samples for later geochemical analysis. Science objectives during this expedition will be led by Lead Scientist Dr. Adam Soule, University of Rhode Island, and Expedition Leader Allison Fundis, Ocean Exploration Trust. This expedition is funded by NOAA Ocean Exploration through the Ocean Exploration Cooperative Institute.

This expedition follows two expeditions in the Papahānaumokuākea Marine National Monument (PMNM), an area larger than all the United States’ national parks combined, and one of the largest marine conservation areas in the world. Throughout the expedition planning process, Ocean Exploration Trust has had the great opportunity to work closely with the PMNM team to inform research priorities at sea and integrate priorities including uplifting ‘Ōlelo Hawaiʻi (Hawaiian language) and culturally-based protocols, and to lay a foundation for many years of collaboration as the ship returns to the Central Pacific.

This expedition name Luʻuaeahikiikekualonokai (recorded pronunciation: Luʻu a ea, a hiki i ke kualono kai) was created and granted by the PMNM Native Hawaiian Cultural Working Group nomenclature committee. This name represents the journey to and the work in the kualono kai, or the sea ridges in the Chautauqua seamount area. Located south of the Hawaiian Islands, the seamounts may hold key information to deepen our understanding of Hawaiʻiʻs volcanic history. Moreover, like a kualono, or ridge that offers protection to those within its domain, the seamounts offer important marine habitats that protect various ocean organisms. Learn more about the expedition naming process.

The geologic origin of the seamounts near Chautauqua Seamount remains a question. Early geophysical studies suggest a Cretaceous age and a location of origin more than 2000 n.m. to the southeast, which is significantly older than the adjacent Hawaiian Islands. Alternatively, the seamounts may have formed from the Hawaiian mantle plume. Their position is consistent with the Hawaiian Arch that forms a volcanic ‘halo’ around the Hawaiian chain. As seamount chains provide important markers to paleo-tectonic reconstructions, understanding the origin of this chain through geochemical analyses based on rock samples collected with the ROV will have significant implications.

This underwater mountain chain is a marine habitat that researchers view as a potential oasis of benthic life because there is an abundance of hard substrate for fauna to attach. Additionally, seamounts impact oceanographic mixing, which affects how nutrients are delivered to various layers and regions of the ocean. Seamounts and volcanic ridges in the Central Pacific have been investigated to understand their role in genetic flow across the ocean basins. These features are near ridges, like Necker Ridge, that are viewed as genetic conduits, but their isolation and greater depth may make them less viable for supporting genetic flow across ocean habitats. Identifying the benthic organisms along this seamount chain will also provide important insight into identifying unique evolutionary strategies for benthic organisms that call this area home. 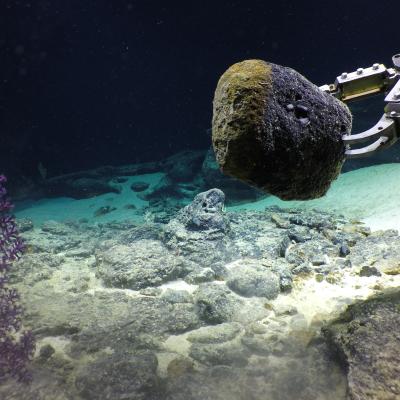 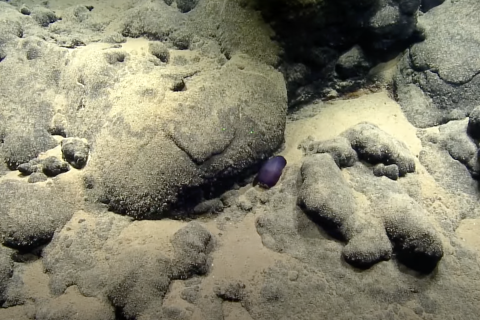 First Look at the Luʻuaeahikiikekualonokai Expedition 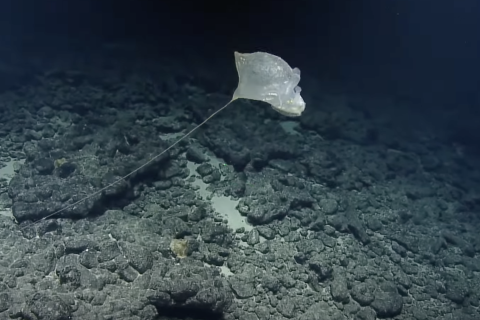