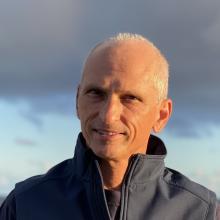 I use various acoustical and in situ methods to study the seafloor and sub-seafloor in many of the world’s oceans, specializing in multibeam bathymetry and backscatter data collection, processing, and interpretation. My research projects have focused on the mapping of seamounts and the unstable flanks of oceanic islands that can fail and cause tsunamis. I have also become involved in deep and shallow-water benthic habitat mapping in support of fisheries assessment and management, along with other special applied research projects such as environmental and engineering studies prior to seafloor mining, the laying of underwater power cables, and seawater A/C pipelines. As more areas of the high seas have been set aside as Marine National Monuments or other protected area designations, I have focused on projects in these regions, providing critical baseline and other data to accelerate discovery, delineate features for more targeted study, and assist with resource management.

I was inspired to explore the ocean at a young age (single digits), went into the field of oceanography, and pretty much stuck with it my entire life so far. Although I grew up in the land-locked U.S. Midwest, I found a way to make it happen. The National Geographic sponsored documentary series "The Undersea World of Jacque Cousteau" and other fictional stories such as Jules Verne's "20,000 Leagues Under the Sea" (also a Disney movie classic) were some prime influencers in those formative years.

I had all-around good teachers in grade school, although I don't recall specific motivation for oceanography from them, perhaps because it seemed quite specific and perhaps appeared an odd major for someone from Ohio. I'd have to say my parents were most encouraging by just letting me wander into this 'oddball' field on my own. Years later, after I'd been doing this for a long time, my father said he was impressed that I actually did what I said I wanted to do and stuck with it!

Probably visiting the seafloor in numerous manned submersibles and diving into the summit pit crater of Loihi Seamount in Hawaii, seeing the shimmering hydrothermal water, the strange life associated with it, and the dramatic geological features.

One summer during my undergraduate schooling I worked at a marine science camp in the Florida Keys for middle school and high school kids. We spent most of the day in the water and it was a great and fun experience. My first professional job after college was working in the "oil patch," or the petroleum industry, doing marine seismic reflection surveys exploring for oil and gas in the Gulf of Mexico and the Caribbean. It was a crash course in surveying and real life as an adult on your own. I spent 6-9 months at sea per year for about 2.5 years before heading off to graduate school.

A few years ago a well-known private oceanographic foundation sponsor asked a couple of us if we were afraid of robots. Indeed, more oceanographic work is going digital, unmanned, autonomous, remote via telepresence, etc. these days, which gives the average public person a chance to join in remotely, although it sometimes feels like we're being replaced at sea. While this is somewhat true, it will be a long time before the robots take over completely! In the meantime, there's still a lot of exciting engineering to be designed and developed, and field-tested by the scientists and technicians who will use it. Try and get your feet wet (pardon the pun) as soon and as often as you can -- be naturally curious of nature!

I worked for the Hawaii Undersea Research Laboratory during and after graduate school, which was initially funded by the NOAA Undersea Research Program which eventually became partnered with the new NOAA Office of Exploration (and then Research added). I sailed on a number of OE/OER missions on the University of Hawaii ships and many others.