In June 2022, during a three-week expedition to explore the deep-sea biology and geology of the Johnston Unit of the Pacific Remote Islands Marine National Monument, a team sampled ferromanganese-coated rocks from over 3,000 meters (over 10,000 feet) deep during a remotely operated vehicle dive on a never-before-surveyed seamount ~150 miles south of Johnston Atoll.

As is standard practice on E/V Nautilus expeditions, the geological samples were shipped to the University of Rhode Island’s Marine Geological Samples Laboratory where samples are cataloged and made available to researchers worldwide. There, the curatorial team of researchers processing the samples spotted ridged edges, an unusual feature for these types of samples. After scraping off the ferro-manganese coating, the research teams of Dr. Katherine Kelley and Dr. Rebecca Robinson realized they were looking at a shark tooth, and speculated that it may have belonged to the megalodon shark (Otodus megalodon). This species was among the largest sharks of all time and went extinct approximately 3.6 million years ago.

The identification as some type of megalodon was confirmed by Dr. Dave Ebert, President of the American Elasmobranch Society and research faculty of the Pacific Shark Research Center and the Moss Landing Marine Laboratories, although a specific species ID has yet to be made.

Fossilized Megalodon teeth are commonly found across the global ocean or shorelines where fossil beds are exposed to wave action or rivers. Ferromanganese is a black mineral deposit that precipitates very slowly from seawater and coats objects found on the deep ocean floor. These mineral deposits form at an average rate of 2.5 mm millimeters per million years, and their thickness can therefore be used to date objects covered by this coating. Researchers are currently working to confirm the identity and estimate the age of the tooth.

Located over 800 miles south of the Hawaiian Islands, Johnston is one of the most remote atolls on Earth. This region is well known for its rich biodiversity, including a high abundance of sharks, which resulted in the creation of the Pacific Remote Islands Marine National Monument in 2009, one of the largest marine protected areas in the world. In addition to its rich biodiversity, the region has also fascinated researchers with its unique geological history, but most of the deep seafloor of this region has never been explored.

The expedition's goals were to explore never-before-surveyed seamounts around Johnston Atoll and to collect baseline information to support ongoing studies on the deep-sea biodiversity, geological age, and volcanic history of the region. 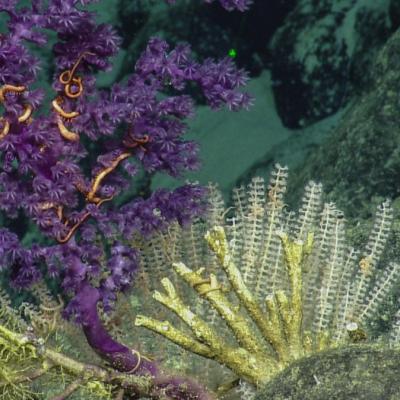 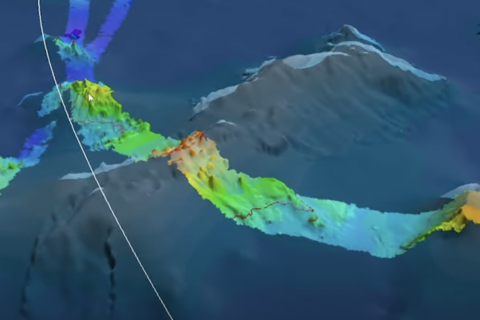 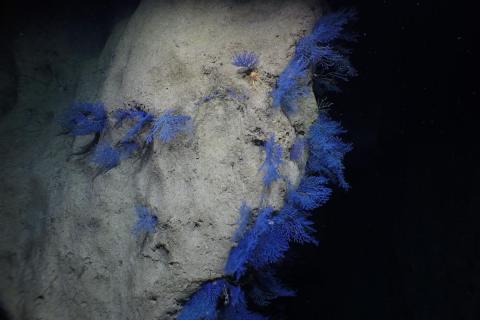 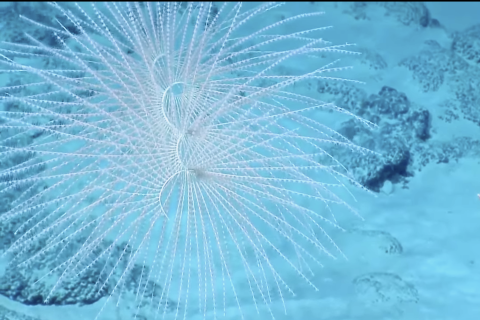