From July 22-August 5, 2021, E/V Nautilus will once again return to the U. S. Cascadia Margin, a geologically active region located offshore of Washington, Oregon, and northern California, where we have mapped and explored many cold seeps. Since a 2016 expedition to this region, E/V Nautilus and other vessels’ multibeam sonar surveys have located over 3,500 previously unknown bubble streams rising from the Cascadia Margin between the Strait of Juan de Fuca in Washington and California’s Cape Mendocino at depths between 200 and 3200 meters (Embley et al., 2017; Baumberger et al., 2018; Merle et al., 2021).

Methane seepage from the Cascadia Margin is abundant and the number of known sites has dramatically increased in recent years. Despite this effort, large areas of the Cascadia Margin still remain unmapped, and ROV dives have only been conducted on a small number of seep sites, so the vast majority remain unexplored and uncharacterized. Because less than half of this dynamic region has been mapped, it is likely that our research will reveal previously undiscovered — and never-before-seen — locations of methane seepage.

Our 2021 dives will focus on several previously unexplored regions along the margin to sample at methane seep sites on the shelf and along the slope. Most of these seep sites were discovered during mid-water surveys on previous expeditions in 2016, 2017, and 2018, but have never been visited by an ROV. Just a small number of the previous ROV dive sites will be revisited to shed light on a helium anomaly observed in 2016 and 2018, as well as for a second field test of the new hydrate sampler (Baumberger et al., 2018). During nighttime mapping efforts, we will focus on searching for more methane seeps in currently unsurveyed areas.

Fifty percent or more of the global organic matter that reaches the seafloor is thought to do so on the continental margins. Here, where this organic matter is buried and utilized to generate methane by microbial and thermogenic processes, active seeps form. As methane enters the water column at the sediment-ocean boundary, a fraction dissolves into the local sea-water and eventually oxidizes to carbon dioxide, while the remaining part rises up in the form of gas bubbles.

Recent discoveries show that the storage and release of methane on the submerged U.S. continental margin is much more widespread than previously realized, suggesting that the role of methane seeps in the carbon cycle and in marine ecosystems is clearly underestimated. Many classic studies of methane seeps and methane hydrates have been conducted along the Cascadia Margin and bubble streams have been observed by fishermen over several decades, but the overall distribution and number of seeps remains largely unexplored.

Release of methane into the ocean supports the formation of fish habitat through long-term precipitation of carbonate hardgrounds, fuels biological seep communities at the seafloor, has an impact on the chemistry and biology of the overlying water column, and is a major process by which organic matter is recycled back into the ocean. Additionally, the consequences of adding a powerful greenhouse gas into a warming ocean is poorly understood. Methane from shallow seeps potentially reaches the atmosphere while methane that does not reach the atmosphere consumes oxygen, and reduces the pH of coastal waters, making the oxidation of seep methane a contributor to hypoxia and ocean acidification. These seep sites represent crossroads in the Blue Economy where fossil carbon is stored, fisheries habitat is created and maintained, and where biological production depends, in part, on the carbon and nutrients recycled at seeps.

Very few seep sites are chemically, biologically and geologically characterized — information that will collectively help scientists around the world assess the impact of seeps on marine ecosystems and natural resources. While diving in the Cascadia Margin, our team will sample for gas, fauna, seawater, sediments and rocks to examine the link between fluid chemistry and seep fauna as well as life at different sites and depths. Our team will deploy a new hydrate sampler previously used only in 2018, as well as sensors that measure oxidation reduction potential in the water.  We will also map areas with poor water column coverage to better constrain the number of bubble streams and their connection to seafloor features. 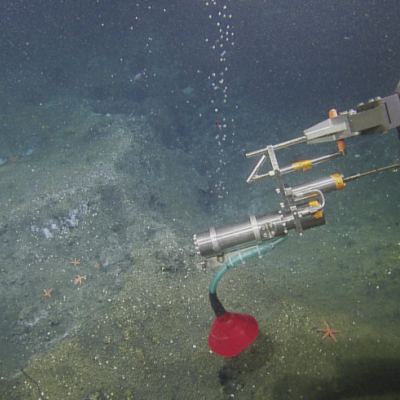 For two weeks, E/V Nautilus will return to the Cascadia Margin, a geologically active region located offshore of Washington, Oregon, and northern California, where we have mapped and explored many methane seeps and cold seeps. 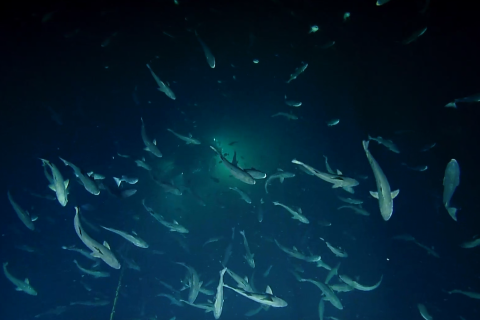 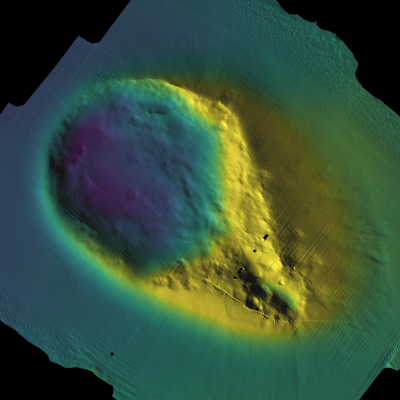 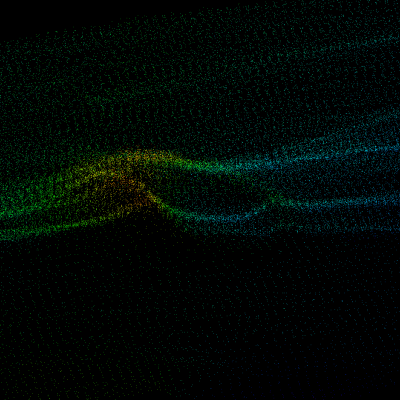 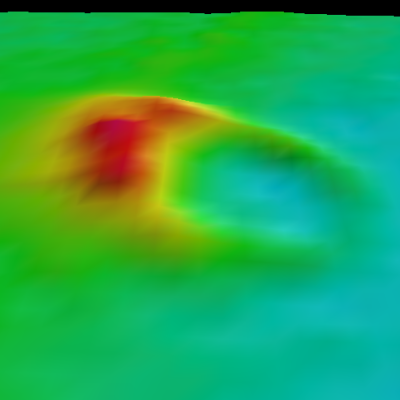 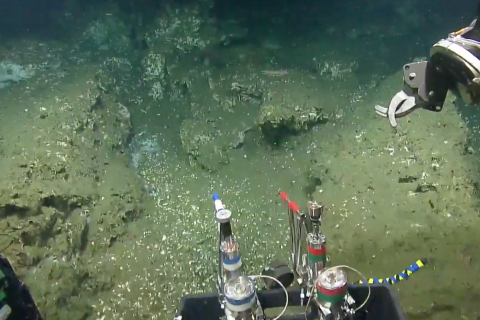