Cephalopods are deep-sea show-stoppers, especially octopuses. The combination of elegance and intelligence coupled with the dexterity and curiosity they exhibit makes them both alien and relatable. Regular Nautilus Live viewers know that the discovery of an octopus is usually enough to inspire the watch team to slow down and take a closer look. On our first dive at Davidson Seamount, we were extremely fortunate to encounter several members of this dynamic group and to make an incredible find. 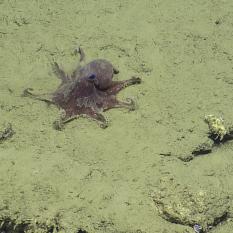 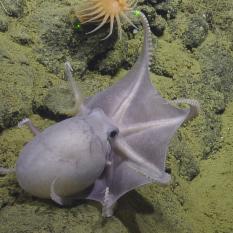 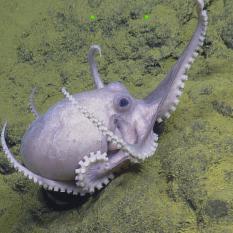 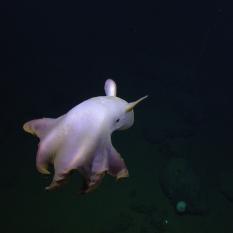 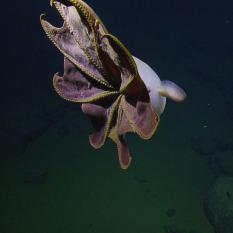 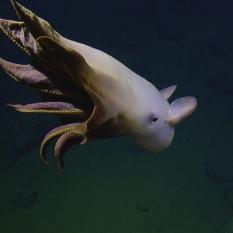 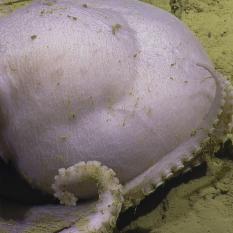 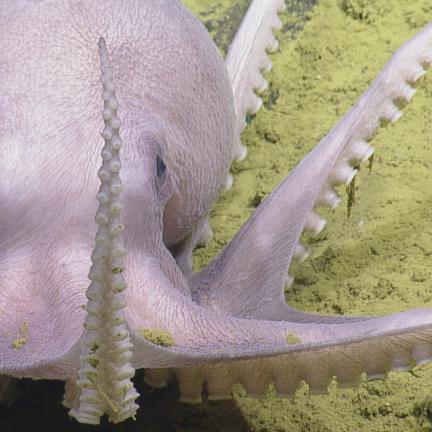 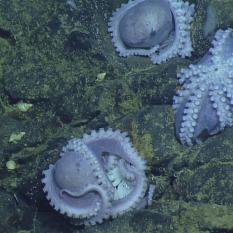 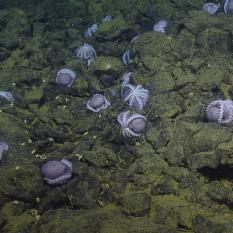 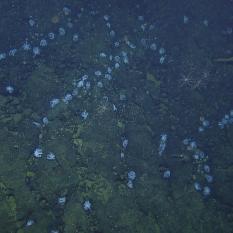 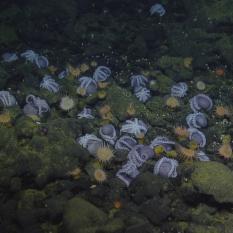 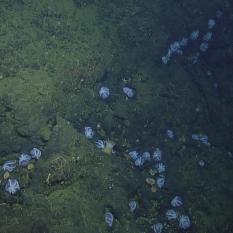 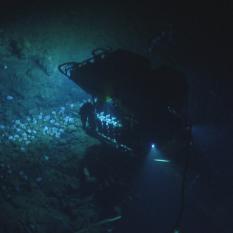