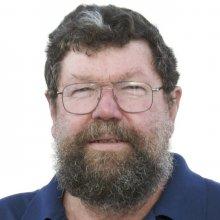 Bob Knott came to OET following a 37 year career with RIPBS, departing as Chief Engineer in 2006.

Bob graduated with a diploma in Industrial Electronics from the Community College of RI in 1970 and earned a AAS from the same institution in 1985. He has also completed numerous training courses offered by broadcast manufacturers throughout his career, adopting to the constantly changing technology used in broadcast engineering.