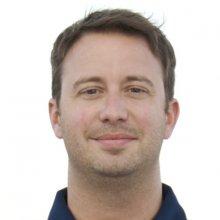 Jason is a science teacher at Hollin Meadows Science and Math Focus School where he teaches inquiry science skills to children in grades pre-K through 6th. Jason was the teacher Argonaut for the JASON project in 2011, and came aboard the Nautilus to appear in the upcoming Oceanography curriculum series. Jason has worked as a graphic designer, web developer, and founded Olivetree Studios in Richmond, VA before becoming a teacher. Jason was also the National Science Teachers' Association's Zula award winner for Excellence in Early Science Education.

Jason graduated from Virginia Commonwealth University in 1999 with a bachelor's degree in communication arts and design with concentration in digital media and completed his master's degree in education at James Madison University in 2003.