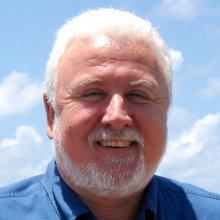 Dr. James P. Delgado is a maritime archaeologist specializing in the 19th and 20th centuries and the archaeology of maritime frontiers. In a four-decade career, he has worked on a variety of shipwreck missions as chief scientist and principal investigator, including the 2010 mapping of the Titanic wreck site. Author or editor of more than 30 books, he has also worked extensively in archaeological journalism to share science and archaeology with the public. He was the host of National Geographic International TV’s “The Sea Hunters” during its six-season run. Past President and CEO of the Institute of Nautical Archaeology, he has also served as Director of the Vancouver (British Columbia) Maritime Museum and as Maritime Historian of the National Park Service. Jim currently works as Director of Maritime Heritage for NOAA’s Office of National Marine Sanctuaries in Washington, D.C. He leads his agency’s efforts to better understand and protect maritime heritage and to help educate the public about the significance and relevance of maritime heritage

Jim received his B.A. in History from San Francisco State University and an M.A. in Maritime History and Underwater Research from East Carolina University. Jim completed his Ph.D. in Archaeology at Simon Fraser University in Canada.

Leading exploration followed by detailed study and sharing the results with the public.