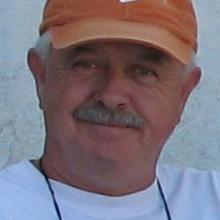 Oceanographer
Institute for Geophysics, Jackson School of Geosciences, The University of Texas

I have spent most of my career studying the geologic history of continental margins, from the Antarctic to the North Atlantic.  I use primarily geophysical techniques, like seismic reflection profiling, to understand the evolution of sedimentary successions along these margins.  I have also studied the evolution of mid-ocean carbonate platforms like the Bahamas in the North Atlantic and Sabine Bank in the Western Pacific, with a primary objective of understanding the history of global sea-level change as recorded by these limestone sediments.  More than 4 years of my life has been spent carrying out expeditions on 23 different research vessels, with funding from the National Science Foundation, the Office of Naval Research, Joint Oceanographic Institutions, Inc., the American Chemical Society, and private industry consortia.  I have also been heavily involved in scientific ocean drilling; twice, I have served as Co-Chief Scientist on the JOIDES Resolution.