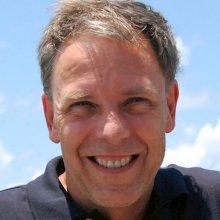 In a career spanning nearly four decades, Frank has served as principal investigator on numerous archaeological projects. He has directed and collaborated on archaeological projects via telepresence from both Nautilus and Okeanos Explorer that have led to many important new discoveries. He was a co-chief scientist in 2013 when Nautilus and crew recorded and excavated the Monterrey shipwrecks in the Gulf of Mexico. Frank is currently serving as acting director of the Maritime Heritage Program in NOAA’s Office of National Marine Sanctuaries, a temporary assignment away from NOAA’s Office of Ocean Exploration and Research where he is the program’s marine archaeologist. In Ocean Exploration he coordinates deep-ocean archaeological work on the NOAA ship Okeanos Explorer and manages peer-reviewed marine archaeology grants.

Frank earned an MA from the Program in Maritime Studies at East Carolina University and taught for the Program until coming to NOAA in 2006.