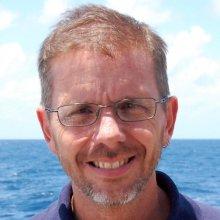 Chris Horrell is the Historic Preservation Officer for the Bureau of Safety and Environmental Enforcement. Chris has spent his life along the Gulf Coast developing a deep appreciation of the region’s maritime history, culture, and environment. Chris received a B.A. in Anthropology and History from Texas State University at San Marcos, a M.A. in Anthropology from the University of Texas at San Antonio, and a Ph.D. in Anthropology from Florida State University. While attending Florida State University, Chris worked for the Florida Bureau of Archaeological Research; the state agency responsible for ensuring the protection of Florida’s underwater cultural heritage. Over the last 15 years, Chris has worked on numerous underwater projects in coastal areas, rivers, and sites in shallow and extreme depths. He has been the lead in a number of studies and most recently volunteered in Panama helping to search for the remains of Henry Morgan’s Flagship, Satisfaction. Most recently, he traveled to Colombia to work with their Government in an effort to document their submerged cultural heritage. His expertise ranges from 16th century Spanish Colonialism to World War II and has numerous publications and presentations. Chris lives in New Orleans with his wife and two sons.