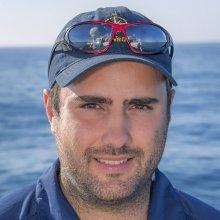 During my Ph.D. I worked with underwater vehicles (both autonomous and teleoperated) to develop simultaneous localization and mapping (SLAM) algorithms in order to achieve maps with higher consistency and resolution than the ones obtained without SLAM. Moreover, during grad school, I also developed a new underwater laser scanner for on-line high-resolution 3D perception.

At the end of my undergrad, during the final degree project, I spent 6 months in Edinburgh in the Ocean Systems Laboratory at Heriot Watt University. There I was working with a land robot getting it ready so it could be used as a student laboratory platform. This was my first approach to robot localization. Moreover, there I had my first approach to underwater robotics and the specific problems the field faces. After that, I moved back to the University of Girona for my Masters and PhD studies where I fell in love with the underwater robotics for many reasons, the most important part, the field experiments. With this type of vehicles, I have been able to "be" at places where no one has ever been. Being able to doing so on the planet you live is amazing.

Dr. Pere Ridao, who was my Ph.D. supervisor together with Dr. Josep Forest, cough my attention, and one of 2 of my classmates who are also in the Underwater Robotics Research Center. In his lectures of robotics, which were mainly focused on industrial robotic arms, I learned that what we were taught at the university can have some real impact. From that, he convinced me to go to Edinburgh for my final degree project, and then back to Girona for my Masters and PhD which I finished in November 2018.

The most fascinating part is the unknown applications that people can use the developments in our laboratory. My latest research, the development of a new underwater laser scanner, is now also being used in some industrial applications outside of the water. Moreover, working with underwater robotics lightens the deep sea and allows me (and thanks to Nautilus incredible telepresence capabilities everybody) to visit places where that have never been previously explored.

The truth is that I have not had many other jobs during and after my graduation. During my undergrad, I collaborated with the Control Engineering and Intelligent Systems research group. All their work was from the office and I am a field guy, I need to be outside of the office. That is why I love developing and using underwater robots to explore.

I love being outside in the mountains, and if it can be in winter for ski mountaineering better. Moreover, I love climbing and canyoning mainly if this involves having lots of friends around enjoying new experiences.

Study, but not solely. Be open-minded and go to other places, places where you will feel you are not smart enough for what you want to do. If you are only surrounded with people that cheer everything you do you won't evolve. Meet other people, but never leave back where you come from and who you are. EXPLORE.

I spent four months a the University of Rhode Island during the period August-December of 2014. There I was working with the underwater mapping and localization algorithm with Dr. Chris Roman and their students. They where the ones to tell me about the E/V Nautilus and Ocean Exploration Trust. Moreover, they offered me a bit more than a week on the Endeavor to test their Wire Flyer vehicle. That was my first experience at sea and that was amazing. This experience and the contact through Chris made me what to try to get on board the Nautilus.

"My whole life was facing towards the mountain up until I started my PhD. Now I am excited to go out at see and explore to help better understand the oceans."