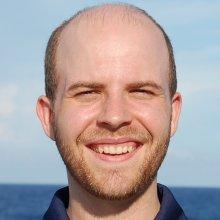 An award-winning filmmaker and Fulbright Scholar whose films have screened around the world, Alan’s film experience extends to virtually all genres. With a repertoire that includes everything from quirky animations voiced by five-year-olds to poetic documentaries about memory, Alan’s style is continually evolving as he strives to raise the bar with every production he crafts. His work has taken him across the US, and he has filmed in four countries outside the Americas, from the Australian Outback to the mountains of Malawi. Most recently, he has worked alongside an internationally award-winning team on the TV series “America the Wild,” a broadcast program from National Geographic that is also available as a ground-breaking interactive program on Xbox 360 Kinect. Alan co-owns Franks Global Media with his brothers and teaches university film courses part-time in Birmingham, AL.