Thriving deep-sea coral colonies, unusually-shaped sponges, and a “purple orb,” later identified as a velutinid snail, are just a few of the organisms that the Nautilus team has encountered in previous expeditions to the Channel Islands National Marine Sanctuary (CINMS). This expedition aims to continue work previously conducted by the U.S. West Coast Deep-Sea Coral Initiative and the Expanding Pacific Research and Exploration of Submerged Systems (EXPRESS) programs that further our understanding of the deep-sea coral communities and seafloor geohazards in the Southern California region.

National marine sanctuaries like those that administer the Channel Islands regions are charged with conserving and managing the living and non-living resources within their boundaries deemed to be of irreplaceable national significance. Work aboard E/V Nautilus work in the nearby Santa Lucia Bank region will help to better understand habitats and inform decisions regarding the proposed protected area of Chumash Heritage National Marine Sanctuary (CHMNS), which was nominated by the Northern Chumash Tribal Council and is currently under consideration.

Sandwiched between the Monterey Bay National Marine Sanctuary and the Channel Islands National Marine Sanctuary, the proposed CHMNS is dominated by the Santa Lucia Bank and Escarpment, rising to within 400 meters of the ocean surface that welcomes the nutrient-rich California Current. The nourishing waters of this region drive high levels of biodiversity of marine invertebrates, fishes, and marine mammals yet are poorly understood, particularly at depths between 950 and 4000 meters (3,100 to 13,100 feet).

The Chumash Heritage National Marine Sanctuary nomination aims to recognize and preserve the Chumash tribal history, protect the area’s rich biodiversity, including a world-renowned ecological transition zone, and open new opportunities for research and economic growth, including recreation and tourism. The CHNMS nomination stretches along 140 miles of Southern California coastline from Cambria, near Santa Rosa Creek southward to Gaviota Creek and extends offshore to include the geologic features Santa Lucia Bank, Rodriguez Seamount and Arguello Canyon offshore of central California.

Our partners at Channel Islands Marine Sanctuary are working with the Northern Chumash Tribal Council to ensure the culture and heritage of the Chumash Tribe remain at the center of our research in this pristine region. Guiding the nomination of the proposed sanctuary is a central value of Chumash heritage of “Thrivability,” or a balanced connected understanding of the natural world being practiced by many indigenous communities worldwide.

To date, the majority of seafloor characterization in this region has focused on nearshore and shallow areas — but the capabilities aboard E/V Nautilus mean that we are able to explore never-before-explored areas whose information will fill critical data gaps. Seafloor mapping, visual surveys, and sample collections through this Nautilus mission will strengthen our understanding of deep-sea coral and sponge habitat, as well as their associates off the U.S. west coast.  In 2020, Nautilus mapping endeavors will characterize deeper water areas in need of immediate management, including areas that are proposed for offshore wind energy development and unexplored canyons adjacent to prominent biogeographic break in the California Current.

For more than a week, our team will explore Santa Lucia Bank and Escarpment as well as Arguello Canyon, a rich biodiverse submarine canyon most well-known for the 2016 discovery of the “Purple Orb.” Despite rich coral gardens and abundant deep-sea life, much of this region remains to be mapped. Additional seafloor mapping, visual surveys, and sample collections through this Nautilus mission will strengthen our understanding of the presence, distribution, condition, and connectivity of deep-sea coral and sponge habitats. 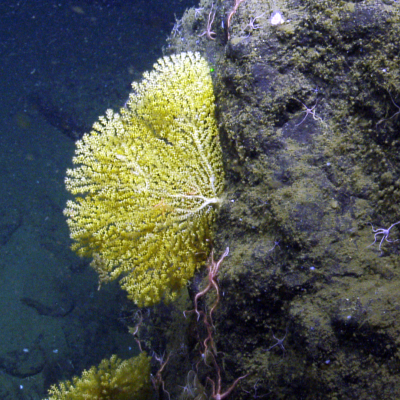 This expedition aims to continue work previously conducted by the U.S. West Coast Deep-Sea Coral Initiative and the EXpanding Pacific Research and Exploration of Submerged Systems (EXPRESS). To date, the majority of seafloor characterization has focused on nearshore and shallow areas. 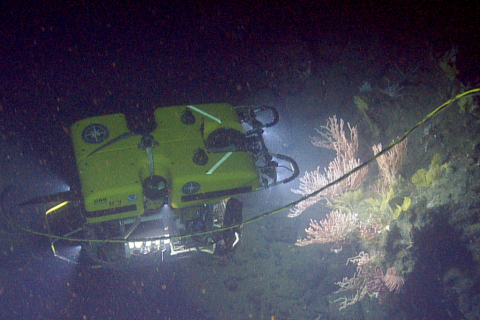 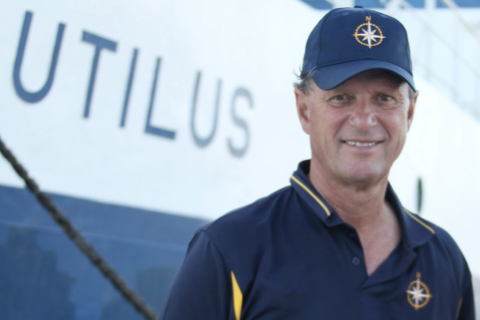 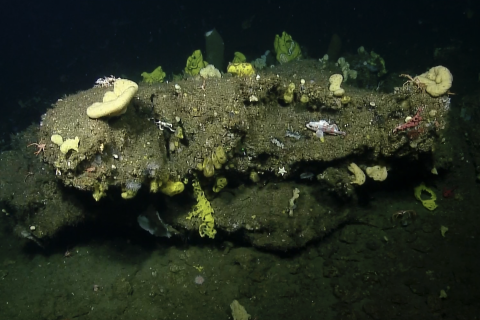