Moving from exploring active volcanism off the Big Island of Hawai’i, E/V Nautilus will head even farther west from September 14 to October 1, 2018 to conduct the first ever exploration of 10 seamounts located inside the Papahānaumokuākea Marine National Monument (PMNM). Researchers are both interested in how this unusual chain of underwater mountains formed parallel to the Hawaiian Islands ridge, and whether these seamounts support vibrant coral and sponge communities like others in the region. Lead Scientists Dr. Christopher Kelley, University of Hawai’i, and Dr. Thomas Hourigan, NOAA Deep Sea Coral Research and Technology Program (DSCRTP), will be leading this expedition aboard Nautilus with Expedition Leader Allison Fundis, Ocean Exploration Trust. Research and expedition partners for this expedition include NOAA Office of Ocean Exploration and Research, University of Hawai’i, NOAA DSCRTP, and Oregon State University.

Mapping Summits in the Sea

When exploring unsurveyed regions, the E/V Nautilus team often has to create new seafloor maps. With the exception of a single swath of multibeam data from a ship transiting this area, none of the targeted seamounts have ever been mapped. Originally in US waters outside of the monument, these seamounts became part of PMNM in 2016 when its boundary was expanded from 50 nautical miles (nm) to the 200 nm limit of the US Exclusive Economic Zone (EEZ). The currently available data on summit depths ranging from 700 m to 2,500 m are derived solely from satellite altimetry data that can be off by hundreds of meters. Not one of the 10 seamounts has ever been dredged or dove on using deep water vehicles--and only one of the seamounts, Naifeh Seamount, has been named!

From Ridge to Undersea Ridge

The unnamed seamounts the Nautilus team will explore run parallel to the Hawaiian Ridge, a chain of undersea mountains that rises up to include the Main Hawaiian Islands. Geologists are interested in the unusual position of these seamounts as there is only one known "hot spot" or "plume" that created all of the volcanoes along the Hawaiian Ridge--and these seamounts run parallel to this source. The distance from the ridge of the 10 enigmatic seamounts suggests that these seamounts were not created by the Hawaiian hot spot but rather by a different process-- “arch volcanism.” However, this unusual process has only been known to create lava fields, not volcanoes. The team will test their hypothesis by collecting rock samples, analyzing their chemistry at the University of Hawaii, and determining their age through radiometric dating carried out at Oregon State University.

Mountains of Corals and Sponges

From a biological standpoint, these seamounts are located between the Hawaiian Ridge and the Musicians Seamounts where spectacular communities of deepwater corals and sponges were recently discovered at depths between 1000-2500m. Most of these communities were found on ridge crests and other high points, and similar summit depths have been identified on the unnamed seamounts, leading researchers on this expedition to hypothesize that some of these seamounts may support extensive communities of corals and sponges. The research team will test that hypothesis by selecting dive sites on the types of topography where these types of communities were found previously. The team will also acquire baseline data on the composition of these communities and collect unusual specimens of corals, sponges, and other invertebrates to try to understand whether these seamounts are important for connectivity between the Hawaiian Ridge and the Musicians seamounts.

• Map each of these seamounts to determine their shape (conical, ridge, guyot), their summit depth, and their detailed topography in order to better understand their origin and to use for dive planning purposes.
• Acquire samples of basalt from each of the seamounts for geochemical and radiometric analyses to determine their age and process by which they formed. These samples will be used to test the hypothesis that many if not all of these seamounts formed by arch volcanism.
• Map the seafloor between these seamounts as well as the seafloor between these seamounts and the Hawaiian Ridge.
• Determine if these seamounts support extensive, high density coral and sponge communities
• Collect biological specimens, particularly of corals, sponges, and their associates, that may be new records for the central Pacific or new species to science.
• Time and schedule permitting, conduct midwater horizontal transects during ROV ascent to investigate the midwater community at selected dive sites and collect sediment and water samples for eDNA investigations. 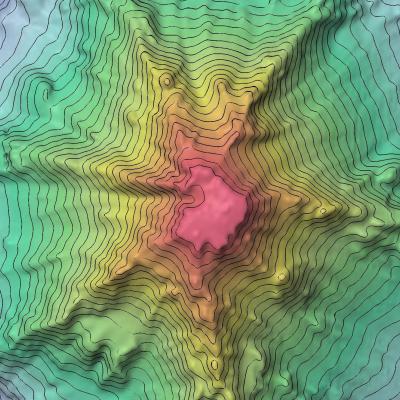 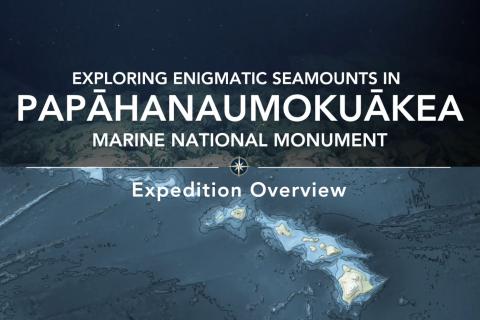 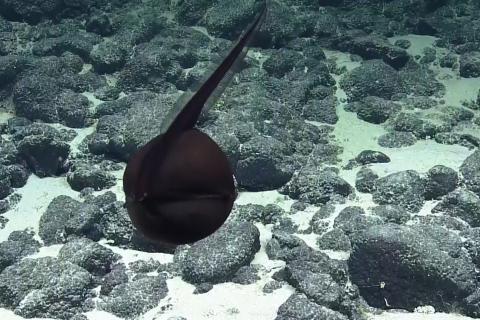