On May 10, 2016,the Ocean Exploration Trust (OET) — led by famed oceanographer and explorer Dr. Robert Ballard — will embark on a four-month expedition aboard Exploration Vessel (E/V) Nautilus and they are taking the public with them. In its second year of exploring the eastern Pacific Ocean, Nautilus will visit sites from British Columbia and along the west coast of North America down to southern California including regions within U.S. National Marine Sanctuaries.

Continuing the Nautilus Exploration Program’s mission to explore the oceans and seek out the unknown in regions the scientific community has deemed a high priority for exploration, scientists on board Nautilus and on shore participating via telepresence will conduct research ranging from investigations of hydrothermal vents, methane seeps and the dynamic ecosystems they support to tectonically-active fault zones just offshore some of America’s largest cities to the maritime history of a sunken WWII aircraft carrier off the California coast.

E/V Nautilus will begin her 2016 expedition exploring Canadian waters in partnership with Ocean Networks Canada. Nautilus will visit various sites along the NEPTUNE observatory, which is located off the west coast of British Columbia and supplies continuous power and Internet connectivity to a broad suite of subsea instruments. The work will include exploration of the geology and biology associated with a wide range of ocean environments including a tectonically active subduction zone, methane seeps, hydrothermal vents, and the abyssal plain.

Nautilus will then begin her way south to explore the USA’s west coast in a partnership with NOAA through the Office of Ocean Exploration and Research, Office of National Marine Sanctuaries, Pacific Marine Environmental Laboratory.. Partnering with NOAA, Nautilus will first explore the ecosystems of the Cascadia Margin subduction zone and offshore central California to survey the extent of natural methane seeps along USA's Pacific Northwest and the diverse ecosystems they support.

She will then begin exploring within Channel Islands National Marine Sanctuary off of Santa Barbara, California. Within the sanctuary, Nautilus will survey geological and geophysical aspects of the region, make new observations about the structure and nature of tectonic faults, ridges, seamounts, and basins. She will also potentially identify, characterize, and sample unmapped and unexplored features such as oxygen minimum zones, gas seeps, paleoshorelines, and the biology associated with them.

In late summer, Nautilus will be offshore Los Angeles to explore some of the most tectonically active as well as densely populated areas offshore California. The team will investigate the Southern California Margin, a broad area that fits entirely within the US Exclusive Economic Zone but that still remains largely unexplored. The margin is a heavily trafficked area and has been investigated for over 50 years, by the academic community, federal agencies, military, and petroleum and fisheries industries. However, high-resolution multibeam bathymetric coverage of the seafloor here remains less than 50% complete, leaving much to be discovered.

Nautilus will then return northward along the California coastline to study the cultural heritage and natural wildlife in Greater Farallones National Marine Sanctuary. Recently expanded to protect 3,295 square miles, sanctuary contains over 400 shipwrecks and is largely unexplored in the deepest portions. Nautilus will survey the USS Independence, aWorld War II era naval ship and former aircraft carrier, once used in the atomic tests at Bikini Atoll in the Pacific. Nautilus will conduct the first visual survey of Independence since her sinking as well as image the ship for photomosaic and microbathymetry data. Two other shipwrecks, the Ituna, which was an historic steam yacht from 1886, and the freighter Dorothy Windermote will also be explored. 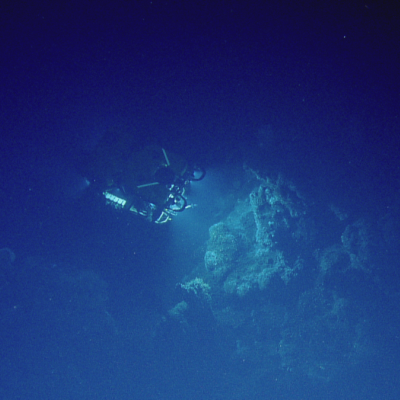 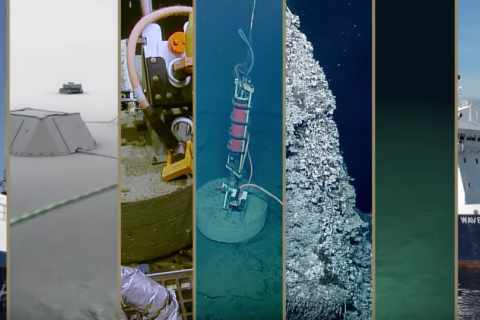 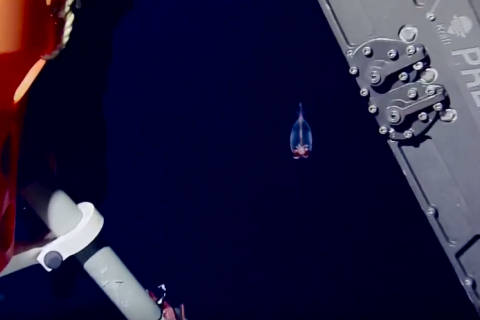 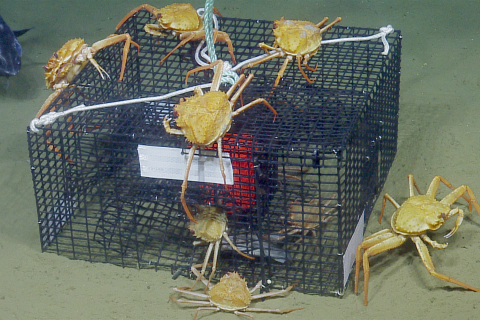