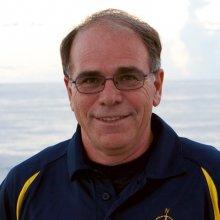 Uri ten Brink is a research geophysicist with the U.S. Geological Survey, Adjunct Scientist wirh the Woods Hole Oceanographic Institution and professor and chairman of the department of Marine Geosciences at the University of Haifa. His research interests are in tectonic processes shaping continental margins in regions characterized by strike-slip motion, rifting, subduction, and large sediment loads, and on the effects of tectonic and sedimentary processes and properties on earthquake, landslide, and tsunami hazards. He is also interested in mentoring young scientists and promoting the next genration of marine geo-scientists