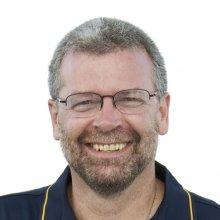 This will be the second year of participation with the Educator at Sea program for Steve Hosking. Having grown up in Alaska, Steve graduated from UAF and began his teaching career in a remote Yupik Eskimo village in western Alaska. After that "experience of a lifetime," Steve moved to New York City to pursue his Master's Degree. It was as a result of this experience, that Steve began teaching science in a local Connecticut independent school. Steve is now an ordained priest of the Orthodox Church of America and is the Director of Technology for the Williams School.

Steve Hosking graduated from the University of Alaska, Fairbanks in 1984 with a degree in Science Education and completed his Masters in Education at St. Vladimir's Orthodox Seminary in 1988.