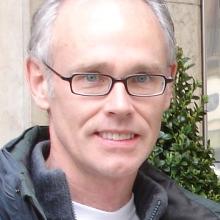 Roger is a navigator on E/V Nautilus. Roger works in the Ocean Projects Department at the Naval Oceanographic Office on autonomous underwater vehicle projects. He is documenting the Navy’s future needs for underwater vehicles. Roger was the Navy’s oceanographic representative while stationed in Naples Italy where he directed projects in Europe and Africa. He has also worked in the development of naval oceanographic and meteorological prediction systems.

Roger graduated from the biology department at the University of Nebraska at Omaha in 1980 and from the Florida Institute of Technology in Melbourne with a Master of Science in biological oceanography in 1984.