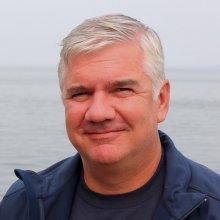 While Loren has experience working on archaeological sites of all ages, he is mainly interested in the early record (pre-8,000 BP) of hunter-gatherers in western North America. His research interest in the Southern Oregon Coast began in the summer of 2000 he launched a research project with Roberta Hall to find and investigate pre-8,000 BP sites on the southern Oregon coast. Using a systematic geoarchaeological approach his team has worked to define the distribution and character of late Pleistocene to early Holocene landforms along the coast.