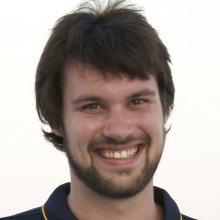 Kelsey is a recent graduate with a BA in Classical Medieval Studies from Bates College. He spent the majority of his time and energy his senior year working on his Senior Thesis: "Naval Warfare and Society in the Persian Wars and the Peloponnesian War." As indicated by the title, this was a study of the intersections of society and naval warfare, focusing on the Persian and Peloponnesian Wars in the 5th century BCE. His true passion, however, is in archaeology, classical, nautical, or otherwise.