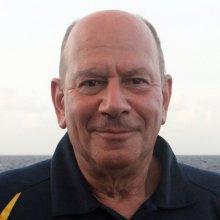 Jesse Ausubel is Director of the Program for the Human Environment at The Rockefeller University in New York. Mr. Ausubel spent the first decade of his career in Washington, D.C., working for the National Academy of Sciences (NAS) and National Academy of Engineering (NAE). On behalf of the Academies, he was a main organizer of the first UN World Climate Conference in Geneva in 1979. He authored much of the 1983 NAS report Changing Climate, the first comprehensive review of global warming.  Since 1989 Mr. Ausubel has served on the faculty of The Rockefeller University, where he leads a research program to elaborate the technical vision of a large, prosperous society that emits little harmful and spares large amounts of land and sea for nature. Since 1994 Mr. Ausubel has concurrently served as a program manager or advisor in basic research for the Alfred P. Sloan Foundation. In the late 1990s Mr. Ausubel helped initiate the Census of Marine Life, an international observational program to assess and explain the diversity, distribution, and abundance of life in the oceans.  Author or editor of more than 150 publications, Mr. Ausubel is an adjunct scientist of the Woods Hole Oceanographic Institution and a University Fellow of Resources for the Future. In 2010 he received the Blue Frontier/Peter Benchley prize for ocean science. For leadership of the Census of Marine Life, in 2011 he shared in the International Cosmos Prize and in 2012 received the USA Champion of the Ocean Award.  Mr. Ausubel served on President Clinton's Panel on Ocean Exploration and in 2012 co-chaired the decadal review of the US Government's program in ocean exploration.

Jesse Ausubel graduated from Harvard College ('73-'74) and received two master's degrees from Columbia University (1977), where he began his marine studies as a research assistant on an NSF-funded project on competing uses of ocean resources.