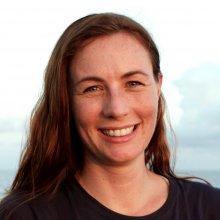 Jennifer Shoemaker is Director of Missions Media at the National Geographic Society. On the Nautilus, she is producing media for a program about the research vessel's exploration in the Caribbean. She previously worked on the National Geographic television program "Alien Deep with Bob Ballard." She has also worked as an Earth Science producer for NASA Goddard Space Flight Center and as a video producer and park ranger for the National Park Service.

Jennifer Shoemaker graduated from the University of California, Los Angeles in 1996 with a degree in Mass Communications and completed her Master of Fine Arts degree in Science and Natural History Filmmaking at Montana State University in 2007.