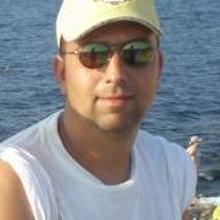 Ilya Buynevich has served as a watch leader, side-scan sonar operator, and a research scientist.

Ilya's research is in coastal and marine geology, focusing on records of extreme events. His research sites include Eastern U.S. coast, Brazil, Lithuania, and Ukraine. Aboard the E/V Nautilus he specializes in sedimentology and ichnology.

Ilya studied in a marine geology program at Odessa National University (Ukraine), where he earned his BA (1994) and PhD (2001) in geology from Boston University, and was a post-doctoral scholar and assistant scientist at the Woods Hole Oceanographic Institution.