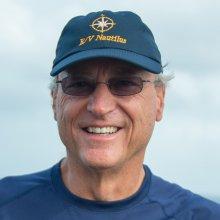 Gordon Earle is the associate dean for public affairs and communications at the Albert Einstein College of Medicine of Yeshiva University in the Bronx overseeing all aspects of communications, including media relations, branding, marketing, publications, community and governmental relations and the Einstein Web site.

Early in his career, Mr. Earle was senior producer of the Mac- Neil/Lehrer News Hour on PBS for which he won numerous awards, including a Peabody. Following his work in television, he served in senior executive positions at two major public relations firms.

In 2002, he was appointed vice president of public affairs for Stanford University. He moved to New York City in 2006 to form his own public relations firm, which assisted academic institutions, nonprofit organizations and private businesses in identifying and solving their branding, marketing and communications challenges.

Mr. Earle received his bachelor's degree from Williams College and a master's of science from the London School of Economics and Political Science.