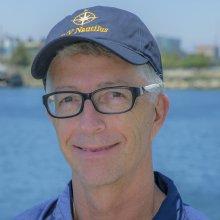 I educate middle school students in physics, chemistry, biology, geology, geography, astronomy, and physical education. I have been a teacher for the last 18 years. Before becoming a teacher, I was an environmental scientist responsible for pollution monitoring of soil, groundwater, smokestack emissions, and ambient air. Collecting soil and groundwater samples was fairly easy. Collecting smokestack emission samples was more difficult. I would first have to climb a ladder, use a lift, or use an elevator to height equal to 2/3 of the smokestacks height. A port allows access to the inside of the smokestack. A sample would be "pulled" out using a pump, but I had to be pulled out at the same velocity in which it was moving inside the smokestack. It is termed iso-kinetic (equal movement) sampling. The sample would be collected by bubbling the gas through a variety of chemicals to collect the pollutants. The samples were then analyzed and the data reported to local, state, or federal agencies for compliance. This profession allowed me to travel extensively throughout the United States and a variety of US military installations. One of the most unique locations was an atoll called Johnston Island in the Pacific Ocean near Hawaii. Johnston Island was used by the military during the Cold War but was being used afterwards to incinerate and destroy chemical weapons as part of an arms reduction agreement between the United States and Russia.

My father worked for the BLM (a government agency that manages public lands for the citizens of the United States). We moved often because of his job. We lived out west the most because of the amount of federal lands in the western states. I was outside all the time. I didn't know much about what he did, but I knew we were out in the National Forests and the National Parks a lot. I have always found peace in nature and I wanted to do my part to protect it. When I attended college, I took the coursework to obtain a degree in resource and environmental management. My environmental scientist career allowed me to do a small part in helping keep our planet healthy.

A couple of college professors encouraged me the most. They opened my eyes to the science behind the problems and how scientists could possibly help.

Since becoming a teacher, I share my experiences with my students. I believe that an idea or concept is validated when personal experience can be shared. Having hands on experience also shows the student that they can experience it too.

What other jobs led to your current career?

Other jobs always teach you something, even if it teaches you that you don't want to do that job. I have had a wide variety of occupations. I bounced around the environmental sciences scene sampling air, water, and soil as the industry went through boom and bust cycles. I drove an armored 18 wheeler that carried gold, silver, cash, coins, and other commodities. I worked retail at outdoor sport stores. I was a bike mechanic and a ski technician. When I first started teaching, I was coaching, as well. I have officiated football. I see the game from a totally different perspective since. Now I teach only, but teach PE also, just so I can still blow a whistle. I really enjoy it!

I enjoy all things outdoors. I ski and snowboard, mountain and road bike, and hike. I like to take my kids camping. I do a little woodworking and metal working. I like to design and make things/invent. I am currently practicing yoga. And, I make a pretty tasty breakfast taco and something I call a Gregg McMuffin.

Find something you enjoy and you will always be happy. I received a lot of exposure from my education, but until you go out and do it, you will never really understand everything that is involved in that profession.

How did you get involved in the Nautilus Exploration Program? How idd you get on the ship?

I first encountered OET attending a CITGO STEM Academy workshop for teachers in Houston. I met two of the representatives, learned what I could in one day about the Nautilus Exploration Program and decided I wanted to know more and to experience it for myself. I applied for the Nautilus Ambassador Program and was selected soon afterwards.