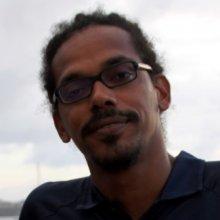 Science/Data
Research Fellow
The Seismic Research Centre, The University of the West Indies

Frederic Dondin is a PostDoctoral Research Fellow at the Seismic Research Centre of the University of the West Indies. Frederic has been working on Kick 'em Jenny volcano (KeJ) during the last 7 years studying old episodes of flank collapses that affected proto-edifices. Evidences of these episodes are visible through the horsheshoe-shapes structures within the current edifice lies in but also by the presence of a large area of landslide deposit west of the current edifice. One of these deposit was estimated to have deposit a volume a 4.4 km3 of deposit 14 km away of the scar. Frederic studied also the dynamics of the landslide that was generated during the collapse of this episode and also the tsunamigenic hazards related to this event. Such event was capable of generating a regional tsunami with high hazards on the closest islands (Grenadines and Grenada). For his postdoctoral research Frederic investigates the tsunamigenic hazards related to potential unstable sectors of the current edifice identified via geothechnical analysis.Frederic graduated his BsC of Earth Sciences in 2002 from the University of Pierre et Marie Curie, UPMC VI, France. Frederic Completed with honors his Msc in Geosciences from the University of Rennes I, French Brittany, France. Frederic completed his PhD in 2010 in Physical Volcanology at the Universite des Antilles et de la Guyane, Guadeloupe, French West Indies.