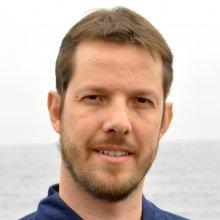 My research focuses on investigating the vast biological diversity that inhabits the ocean’s seafloor (marine benthos). As a benthic ecologist, I specialize on deep-sea habitats, particularly submarine canyons, which are often hotspots of biodiversity and biomass, harboring countless life forms that include almost all phyla of the animal kingdom. Crustaceans, mollusks, cold-water corals, and numerous bottom fish species are of particular interest as they are targeted by commercial fisheries. I am interested in locating, mapping and studying these biodiversity hotspots on the ocean floor to help protect communities that may eventually be threatened by human activities such as fishing, oil and gas exploitation, seafloor mining and pollution, and also by climate change.

I help Ocean Networks Canada involve top-notch deep-sea researchers with the use of our observatory infrastructure and also to analyze ONC data to produce breakthrough scientific knowledge about the functioning, biodiversity, and effects of human-induced change in the deep-sea.

I work with Ocean Networks Canada- an OET partner.

I earned a Ph.D. in Biological Oceanography from the University of Hawaii at Manoa and a Master's degree also in Biological Oceanography from the University of Sao Paulo in Brazil. As an outcome from my Ph.D. research, a 10,500-hectare marine reserve (Hikurangi Marine Reserve) was created in the waters surrounding Kaikoura Submarine Canyon in New Zealand, one of the most productive deep-sea benthic habitats described to date. All exploitation activities such as fishing, mining, oil and gas exploration are now off limits in the Hikurangi nature sanctuary.