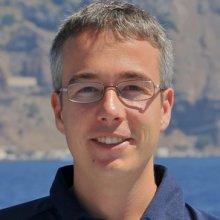 Donald Dansereau has recently submitted his doctoral thesis on the use of plenoptic cameras in field robotics. By collecting and analyzing light passing through dozens of apertures, his work allows robots to operate more robustly and over a broader range of conditions. Donald has previously worked in video game physics, industrial computer vision, radio over fiber optic technology, and emptying the barrels at a country and western bar. He founded and ran the Montreal Robotics club for three years, and has more recently been found discovering a wreck at the bottom of Lake Geneva and surveying a submerged bronze-age city in Greece.