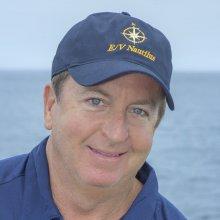 Multi-award winning entertainer, Dennis McNeil is a highly sought after singer and concert artist known for his golden voice, versatility and Irish charm. He has entertained five United States Presidents, Heads of State including the King of Spain Juan Carlos, Princess Charlene of Monaco, Fortune 500 corporations, leading symphony orchestras, opera companies, charities and private clubs. He has performed with such varied artists as David Foster, The Blue Man Group, Michael Feinstein, John Raitt, Steve Miller, Lionel Ritchie, Sammy Cahn, Kiri Te Kanawa, Bruce Hornsby and the Grateful Dead. Having sung in every state in the U.S. and around the world, Dennis has headlined in three National Tours with both the San Francisco Opera and the New York City Opera companies and he has toured and performed internationally with famed composer and Jazz legend, Lalo Schifrin. He also toured nationally with famed lyricist, Sammy Cahn. He has sung nationally in many musical theater productions, has been featured in many television broadcasts and on a number of recordings.

Dennis just finished a performance with the Keith Lockhart and the Boston Pops and the Blue Man Group was recently proclaimed 2014 Irishman of the Year by the Los Angeles City Council and has been voted "2011 AND 2012 Best Male Cabaret Artist" by “Broadway World. Dennis has also received top honors from such varied groups as the Met and the Grateful Dead. He was a National Winner of the Metropolitan Opera National Council Auditions and as a leading tenor at the New York City Opera, was awarded the Richard F. Gold Career Award for his portrayal as Mark in their New York Stage Premiere of Michael Tippet’s “A Midsummer Marriage.” He also holds first place awards from the Southern California Opera Guild and the Victor Fuchs Memorial Competition and was a recipient of the Emily Baratelli Memorial Award from the New York Opera Index. He has also received awards from the Sullivan Foundation and the Grateful Dead's Rex Foundation.

In addition to performing with former Secretary of State, Condoleezza Rice, Dennis has personally entertained nine Supreme Court Justices, six Secretaries of State, former President of Mexico, Vicente Fox, and many other dignitaries around the world. He has sung at Lincoln Center, the Kennedy Center, the U.S. Supreme Court and was a featured performer at the Kennedy Space Center Memorial Service for lost Space Shuttle, Columbia. He was a headline performer at three Inaugural dinners for the 2001 Bush Cheney Inauguration.

As a recording artist, Dennis has just released his 8th CD, "About Time," which, along with “Center Stage”, “Requests”, “It’s Christmas”, “Celtic Fire”, “Ave Maria”, “Forever Irish” and “The Spirit of Christmas” are all available through his website www.dennismcneil.com and other popular download sites.

Dennis has entertained corporations such as AT&T, Kemper Insurance, New York Life Insurance, NASA, Northwestern Life, Pacific Life and Hearst Corporation. He has sung the National Anthem for the Los Angeles Dodgers, Lakers, Clippers, Kings and the San Francisco Giants among many other teams and events, earning him the title "Star Spangled Tenor." www.dennismcneil.com