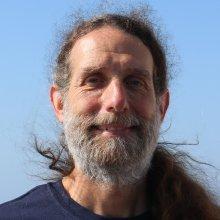 I'm a biodiversity research scientist, working at the Natural History Museum of Los Angeles County. My current focus is the "Diversity Initiative for the Southern California Ocean" (DISCO), which is developing new genetic tools to identify and survey marine organisms. We're working with collaborators to make the analysis of environmental DNA (eDNA), shed into the seawater by all organisms, easier and quicker. Using eDNA, we should be able to inventory all the species in an area just from samples of seawater. To turn that analysis into a list of species, though, requires a database of the genetic "barcode" sequences where the eDNA sequences can be looked up. That's the other aim of the DISCO project: filling in the genetic "barcode" reference library so that the unique sequences of marine organisms can be looked up to yield a species identification. We're working with many partners (Ocean Exploration Trust included) to gather the reference specimens we need to fill in the reference sequences for the estimated 3,000 – 5,000 marine invertebrates of coastal Southern California.

Like many in my generation, who grew up in the 1960s, I got captured by the "Undersea World of Jacques Cousteau". Unlike most of my generation, I lacked the imagination to ever change my goal of becoming a marine biologist, so I'm still at it. But honestly, few things have ever been as fascinating to me as figuring out how to get answers out of the ocean. Marine life is incredibly diverse and incredibly complex, but getting to it and getting research-quality information out of the ocean is a wonderful challenge. You can't get there except at the coast or in crazy-expensive boats, you can't see below the surface, equipment rusts and electronics always fail, and it's generally cold. And wet. And there's nothing I'd rather be doing.

Very early on, in high school, I volunteered for summers to work at the Bermuda Biological Station. The willingness of the researchers and students there to include me in what they were doing was incredibly valuable. They led me to believe that I could really do this kind of work "for real".

The main premise of the project I coordinate (DISCO — the Diversity Initiative for the Southern Californa Ocean) still awes me whenever I stop to think about it. We can pick up a drinking glass full of seawater, put it through some gear, and have a list of species in the area drop out the other end. That just blows me away, and I'm amazed that I get the chance to work on that.

Before refocussing onto biodiversity science at the Natural History Museum of Los Angeles County, I spent a number of years as a field experimental biologist working in comparative biomechanics (but still in the marine environment). I worked at the University of South Carolina on a number of fun projects. Most of them had something to do with how organisms interact with the water flowing around them. A number of projects circled around the question of how an animal like a blue crab uses the sense of smell to find prey, which depends on the way odors disperse in turbulent flow, the olfactory capabilities of the animals, the behavioral strategies they use. I also had the chance to spend a couple of missions in the Aquarius underwater habitat off the coast of Florida, where aquanauts live at 55 feet for 10 days at a time, spending over six hours a day doing science in the water. Those projects had to do with how fluid flow over hard corals affected coral respiration and photosynthesis.

I got my B.Sc. from Duke University in 1982. After working at the University of Washington for a few years, I went on to graduate school at the University of California at Berkeley (Zoology Department, which became Integrative Biology while I was there). Despite finishing my Ph.D. and getting my thesis signed off, I never was able to file it: I was too poor to pay the out-of-state tuition required by that time (moral of that story: never ever leave the state before filing paperwork — seriously).

I indulge my peculiar fascination with local politics by serving as an elected official in the City of Los Angeles, albeit at the lowest possible level: Neighborhood Council Board Member. Listening to and representing the local community is great at reminding me that not everyone is a scientist.

To be a good marine biologist, become a good biologist — focus on becoming a high-quality scientist, then worry about domain-specific knowledge. Find the good, smart, thinking people and get into their circles. The best learning doesn't come by picking the right course numbers, but by becoming part of the best peoples' enterprises. And always try things when the opportunity arises. Worst case? It's a disaster. At least you know you won't do that again.

We (Natural History Museum of Los Angeles County) is collaborating with Ocean Exploration Trust on our DISCO project (Diversity Initiative for the Southern California Ocean). That project requires specimens of just about every marine invertebrate off the Southern California coast so that we can help fill a reference database of species-specific genetic "barcode" sequences. As part of our collaboration, OET staff invited me on board for a few days so that we can get a better collaborative understanding of how Nautilus sampling is performed and specimens are handled on board.