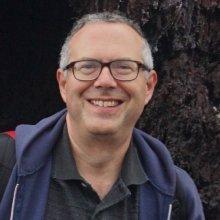 Study the effectiveness of various support tools and procedures in a realistic science environment with the aim of improving efficiency and scientific return for remote science expeditions in both space and terrestrial applications.

David Lees is a research scientist in the Intelligent Robotics Group (IRG) at NASA Ames Research Center. His current work is focused on the development and assessment of IRG’s Exploration Ground Data Systems (xGDS). xGDS is a set of web-based software tools that have been used in multiple NASA mission analogs (including BASALT, PLRP, NEEMO, and D-RATS), and is intended as a testbed/prototype for new ground control tools concepts for future NASA missions. Dr. Lees was also responsible for the integration of portions of IRG’s xGDS tools into the flight data systems of the MER and Phoenix missions to support 3-D visualization for science analysis and is currently supporting the MSL mission. He previously helped to develop IRG’s 3-D visualization and simulation software (Viz/VERVE), which is used for scientific analysis and rover control in both IRG’s Analog field tests and on the MER and Phoenix missions. David’s overall research interests center on user interfaces, automated analysis, and organization of field science data and 3-D visualization.