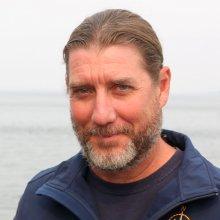 David Ball is the Pacific Region Historic Preservation Officer and Regional Tribal Liasion for the U.S. Department of Interior's Bureau of Ocean Energy Management (BOEM). Dave joined the BOEM Gulf of Mexico Region office in 1999 and transferred to the Pacific Region office in 2010. He received a Bachelor of Arts degree in anthropology from Sonoma State University in 1992 and a Masters of Arts degree in Anthropology from Florida State University in 1998. Dave has over 25 years of experience in archaeology and has directed field research on both terrestrial and underwater archaeological sites across the United States. He currently serves as an elected Officer for the Advisory Council on Underwater Archaeology, an international advisory organization supporting underwater cultural heritage preservation.