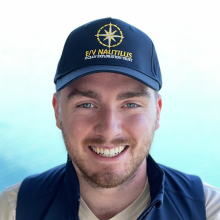 I am a freelance camera operator and drone pilot with a strong interest in documentary storytelling and science communication. As a former biologist, I have always been eager to use various forms of media to convey scientific findings in easy to understand and engaging ways for the public. My work varies widely throughout the year, but I’m always at home sharing both the stories of wildlife and human pursuits, especially as they relate to one another.

I initially went to school to become a field biologist with a keen emphasis in freshwater ecosystems. After serving as a field technician and fisheries biologist for several years, I realized that I wanted to combine my creative capacities with telling the stories of how important scientific research is. From there, I began to attend wildlife filmmaking festivals, connected with industry professionals and decided that my ultimate goal was to become a documentary camera operator working to tell the stories of our planet.

I’ve certainly had several incredible mentors in my past, but my academic advisers at my university were perhaps my most influential. They were the ones that first taught me that no career is truly black and white, and you can combine so many different passions and skill sets to really craft a career that is truly unique. Also, current video engineers aboard the Nautilus! I’ve had the pleasure of meeting with several of them, and the encouragement and advice I’ve received from each one has been instrumental in shaping my career - and ultimately participating on cruises myself!

Undoubtedly, it would have to be the learning and exploration of the unknown, and deep-sea research epitomizes that. In an age where we’ve photographed more of the surfaces of distant planets than our oceans, it’s beyond exciting to be a part of the process of uncovering new species and habitats that will become pivotal in scientific advances. Not to mention, with the looming threats of habitat degradation and deep-sea mining, we’ve never been more pressured than now to make these important discoveries.

Prior to filmmaking, I spent many years working as both a field and laboratory scientist. I’ve worked in environments ranging from diabetic modeling to marine and aquatic fisheries. Ultimately, it was a stint working at the Bimini Biological Field Station (or “The Sharklab,” as it’s better known) as a field technician that allowed me the opportunity to veer into wildlife filmmaking. I managed to work a small role on Blue Planet Live, and from there I realized the tremendous power a camera can hold in conveying important scientific research.

Anything that gets me outdoors. Bouldering, freediving and hiking are my top three. I can also usually be found doing some amateur noodling on the guitar. Oh, and I can’t forget flying drones!

Never, ever, ever stop asking questions. If you have a passion for a certain subject or are interested in learning about a career field, reach out to people! I’ve found that almost everyone I’ve contacted and had informational interviews with was more than happy to share their experiences, and you also start to build rapport with those people. Also, being personable and kind goes a very long way. Never forget to thank people who’ve helped you along the way, and be sure to pay it forward.

I got involved by asking questions! When I was first starting my career in science I was very curious who the people were that were privileged enough to be on the forefront of oceanic exploration. I knew it took a wide variety of skill sets to make these operations work, so I reached out to several contacts at OET to ask about their careers. One thing led to another and I was eventually brought on as a video engineer.