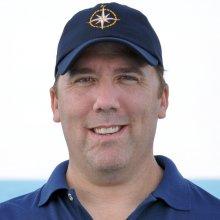 Dan Davis serves as the expedition’s marine archaeologist for the Black Sea leg. Dan is a Visiting Assistant Professor of Classical Archaeology at Luther College in Decorah, Iowa. His research is focused on maritime technology, seaborne trade, and navigation in the ancient Mediterranean and Black Sea. Dan has worked as a marine archaeologists on projects in the U.S., Italy, Greece, Turkey, Israel, Cyprus, Ukraine and the Republic of Georgia. Most recently he worked as a researcher for the Institute of Classical Archaeology at the University of Texas at Austin, which for over a decade has been excavating the ancient Greek colonial site of Chersonesos in the southwest Crimea, Ukraine. Dan began his interest in the undersea world as a U.S. Navy hardhat diver aboard submarine rescue ships.