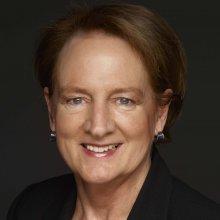 Christine Weber is Senior Vice President of Global Production Services overseeing a team of people who create premier content for National Geographic Channel and WILD. She is the Executive Producer of “Expedition Amelia” about Dr. Robert Ballard’s search for evidence to solve the mystery of the disappearance of Amelia Earhart. Weber has worked with Ballard on several films in the past including as Producer on Search for Battleship Bismarck which won an Emmy for best historical documentary.