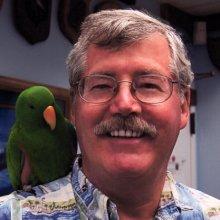 Charles Hinman is the Director of Education & Outreach for the USS Bowfin Submarine Museum and Park located next to the USS Arizona Memorial in Honolulu. The USS Bowfin and USS Bugara are both Balao class submarines built during World War II.  Charles’ years of experience on Bowfin have made him an expert on this class.  He is the creator and manager of the website “On Eternal Patrol” which honors over four thousand service men who lost their lives while serving on U.S. Navy submarines and is a subject matter expert on U.S. submarine losses in World War II for the Naval History & Heritage Command. Charles is the co-author with Paul W. Wittmer of the six-volume reference work, United States Submarine Men Lost During World War II, published in 2014.  He received the Ben Bastura Historical Achievement Award from the organization U. S. Submarine Veterans, Inc., in 2010 and received a citation from COMSUBPAC for service as World War II Submarine Services Coordinator in 2008.