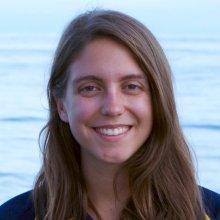 Catherine McCaughey is a recent graduate from the marine biology program at the University of Rhode Island. She first became involved with the E/V Nautilus as a watchstander at the Inner Space Center at the URI Narragansett Bay campus. At the Inner Space Center Catherine became interested in all different aspects of exploration and oceanography from deep ocean science to videography. Catherine currently works as a science educator at a local Rhode Island business called, POW! Science.

Catherine McCaughey graduated from the University of Rhode Island in 2012 with a B.S. in marine biology.