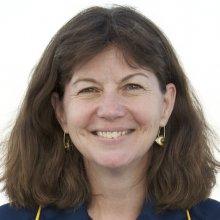 Cady is a NASA Astronaut, a Polymer Chemist and a Mom. A veteran of three spaceflight missions. She flew as a mission specialist on two Space Shuttle flights, and then spent almost 6 months living and working aboard the International Space Station (ISS) as part of ISS Expeditions 26 and 27, launching and landing aboard the Russian Soyuz spacecraft.

During her first mission (STS-73), Cady conducted 30 different science experiments over the course of the16 day mission. On STS-93, Cady was responsible for the deployment of the Chandra X-Ray Observatory. The most advanced space-based X-ray telescope ever built, Chandra allows astronomers to study X-ray light from distant objects such as exploding stars and black holes.

As the Expedition 26/27 Science Officer, Cady spent 159 days conducting a variety of experiments in medicine, material science and fluid physics. As the Mission Lead for Robotics, she was the second astronaut ever to operate the Canadian Robotic Arm to capture a free-flyer supply ship from the ISS.

Cady splits her time between her job in Houston, TX and her family in Shelburne, Massachusetts. She is married to glass artist Josh Simpson and has two sons Jamey 12 and Josiah 29. She enjoys exploring our planet as well as our universe, and likes to play the flute, both on earth and in space.

Learn more about Cady on the web: