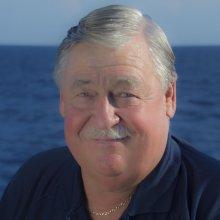 Billy Causey is the Southeast Regional Director for the Office of National Marine Sanctuaries of the National Oceanic and Atmospheric Administration. He has managed National Marine Sanctuaries in the Florida Keys since 1983, when he became the Manager of the Looe Key National Marine Sanctuary. As the manager of this marine protected area he developed the education, science and enforcement programs and sustained an interagency partnership between the state and federal governments. He served as the Superintendent of the 2900 square nautical mile Florida Keys National Marine Sanctuary from August 1991 to September 2006, when he assumed his current position. Dr. Causey has been the lead National Oceanic and Atmospheric Administration (NOAA) official in the development of the management plan for the Keys Sanctuary, which is the third largest marine protected area in the United States. He serves as the liaison with local, state and other federal agencies responsible for management of natural resources in the Southeast Region. Dr. Causey’s academic interests are in coral reef ecology, coral reef fishes, sustainable management, ecosystem-based management, marine zoning, MPA management, climate change and marine policy. He has observed and studied coral reefs since 1962, when he explored coral reefs off of Veracruz, Mexico. He has been diving on the coral reefs of the Florida Keys since 1968 and has lived in the Keys since 1973. He has authored numerous papers and book chapters, with a primary focus on the impacts of elevated sea surface temperatures on the coral reefs of the Wider Caribbean. Dr. Causey spearheaded the efforts to establish a comprehensive marine zoning plan for the Florida Keys National Marine Sanctuary, including the nation’s largest network of fully-protected areas. Dr. Causey led the Tortugas 2000 process which resulted in the designation of the Tortugas Ecological Reserve, which is over 200 square nautical miles of fully-protected coral reefs in the extreme western end of the Florida Keys sanctuary. In his current role as Southeast Regional Director of NOAA’s Office of National Marine Sanctuaries, Dr. Causey and his Regional Team are focused on several initiatives around the Southeast Atlantic, Gulf of Mexico and Caribbean where MPAs and networks of MPAs are being considered for management of coastal and marine resources. Dr. Causey serves as an advisor on several international MPA initiatives.

Dr. Causey received a Bachelor of Arts degree from the University of Corpus Christi in 1967, and a Master of Science degree from Texas A&I University in 1969. Three years of post graduate work at the University of South Florida introduced him to the Florida Keys coral reef ecosystem. In May of 2006, Billy Causey was bestowed with an Honorary Doctorate in Science from the University of South Florida. Dr. Causey has received numerous awards for his work in coral reef conservation, but is probably most highly recognized for his experience in marine protected area management and policy development.

"Sailing aboard the Nautilus on this expedition is a thrill of a lifetime. My career in MPA management has given me many opportunities to explore and characterize special marine areas in the tropical ocean, but never have I had a chance to explore deepwater environments and observe the deepwater corals and other inhabitants at great depths. This cruise on the Nautilus will provide me with that amazing opportunity."