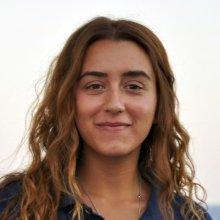 Aslı Özmaral has been interested in marine seismic data processing since third degree of her bachelor and she worked on multi-channel seismic and chirp data from Sea of Marmara during her bachelor thesis at İstanbul Technical University. Aslı started her master at the Graduate School of Science Engineering and Technology, İstanbul Techical University and to investigate Holocene sedimentary process in the Gemlik Bay, the Sea of Marmara, she has worked on geochemical, physical and grain size properties of sediment cores and also, correlation of synthetic seismograms with the chirp profiles for her master thesis. After working as a geophysical engineer at the ocean engineering company in İstanbul, she participated in several research cruises with German and Italian vessels in the Black Sea, Marmara and Aegean Sea during her master program.