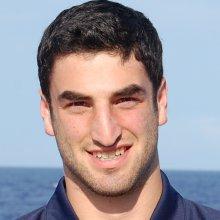 Aaron Chesler has recently graduated from St. Lawrence University with a B.S. degree in Geology and has been accepted to Lancaster University in England for a MSc in Volcanology and Geological Hazards. There he plans to study glacier and volcanic interactions in Iceland throughout the next year. During the summer of 2011, he spent eight weeks with the Juneau Icefield Research Program, completing independent research which tested the hypothesis that the Llewellyn Glacier on the Juneau Icefield can act as a proxy for the Adirondacks during the Last Glacial Maximum. He received the Linus R. Gilbert Fellowship the following summer to collect similar data in the Adirondacks.

Aaron Chesler graduated from St. Lawrence University in 2013 with a B.S. degree in Geology. He plans to continue his education at Lancaster University in England, working toward a MSc degree in Volcanology and Geological Hazards.