Research aboard E/V Nautilus may assist in the search for extraterrestrial life, as exploration of hydrothermal vent systems informs the design of future science-focused missions across our solar system! From May 24 to June 9, 2019, E/V Nautilus will again host the multi-year SUBSEA (Systematic Underwater Biogeochemical Science and Exploration Analog) Research Program, a partnership between NASA, NOAA, Woods Hole Oceanographic Institution, and various academic research centers. Bringing together both ocean and space exploration teams aboard E/V Nautilus, the SUBSEA research program blends ocean exploration with ocean worlds research to address knowledge gaps related to the exploration of our Solar System. This expedition is sponsored by NOAA Office of Exploration and Research and NASA Science Mission Directorate PSTAR Program.

The target of the 2019 SUBSEA expedition is the Gorda Ridge, which is found offshore of northern California and Oregon. This section of mid-ocean ridge is of interest to ocean researchers in that it hosts seafloor hydrothermal activity that departs from the convention of “black smoker” hydrothermal systems. The focus of exploration will be the SeaCliff hydrothermal field, which has previously been reported to emit clear fluids at temperatures no greater than 300°C. During the first dive, emphasis will be on locating the SeaCliff hydrothermal field for the first time in ~15 years and then conducting geological reconnaissance of the site to identify its current size and shape and the number of vents present and the range of temperatures for those vents.

At the southernmost segment of the ridge, the Escanaba Trough, venting is hosted in sediments that bury the deep rift-valley floor, resulting in clear hydrothermal fluids that appear to lack any geochemical interaction with the sediment column and are erupted at closer to 200°C. Both sites offer the team opportunities to extend the work conducted during the first SUBSEA field program aboard E/V Nautilus in 2018 exploring iron-rich hydrothermal vent systems on Lō`ihi Seamount off Hawai'i.

The SUBSEA research team includes interdisciplinary teams focused on Science, Science Operations, and Technology, with teams operating both from E/V Nautilus and University of Rhode Island’s Inner Space Center. The SUBSEA Science team is using ROVs to observe, survey, gather instrument data, and collect samples from analog environments to potential volcanic hydrothermal systems on other Ocean Worlds, such as Enceladus, a moon of Saturn. The SUBSEA Science Operations research team focuses on the ethnographic study of the work practices, habits, communication and information flows necessary to conduct remote science and exploration, by observing both operations conducted by the SUBSEA team on the E/V Nautilus and at the Inner Space Center. Finally, the SUBSEA Technology research team will provide Exploration Ground Data Systems software to support integration and visualization of diverse data products relevant to future human exploration of deep space.

During the SUBSEA field deployment, researchers will also test technology and scientific procedures necessary for crewed space exploration, under realistic conditions here on Earth. A human-robotic mission to the Moon or Mars might parallel SUBSEA’s mission architecture using robotic explorers controlled by humans nearby, receiving direction from a remote team of scientists. Ultimately, the results of SUBSEA’s research will inform both strategies for conducting science via teleoperations at destinations such as the Moon or Mars and scientists’ understanding of a wider range of deep-sea environments for conducting ocean world research. 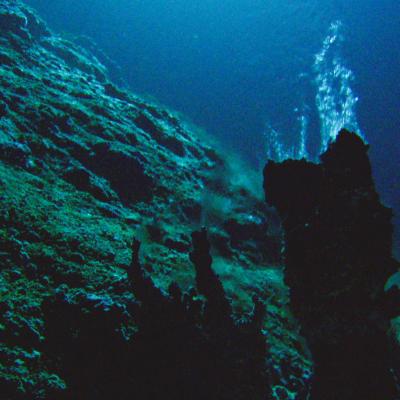 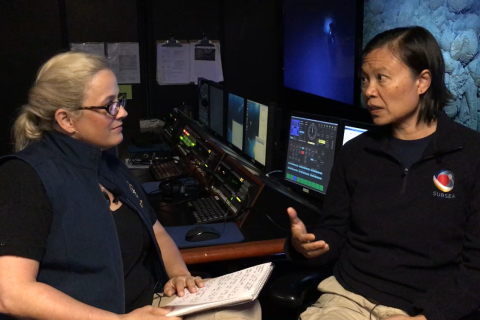 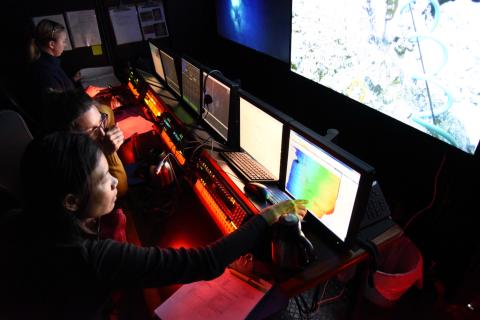 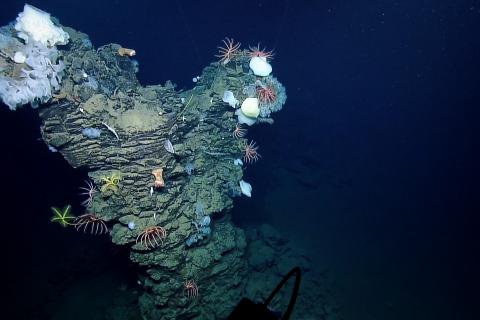